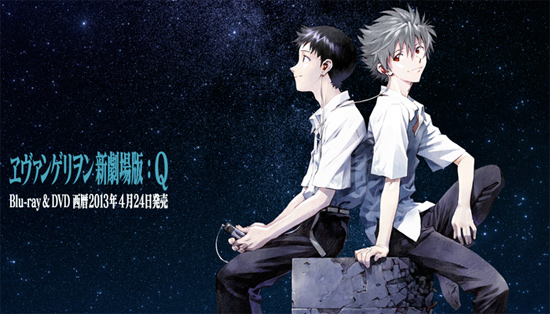 With Evangelion 1.11 and 2.22 airing on Toonami this weekend, people want to know: when’s Evangelion 3.33 coming out in the States?

Funimation, who own the rights to the U.S. release, can’t tell us quite yet, but they did comment on the release on their site yesterday. Here’s the statement:

We are working directly with the Japanese studio and the original creator on the upcoming Evangelion 3.33 home video release. This is a unique opportunity that presented itself to us, and since the plot for Evangelion 3.33 is so different from previous story lines, we are thrilled that the creator has asked to be so heavily involved in this project. Studio Khara has even decided that they would like to create their own special subtitle tracks for the release! We thank you for your continued patience as we work to confirm a release date. Please keep an eye on our social channels and our website for more updates!

There you have it. But what does it mean? What exactly is a “special subtitle track”? Your guess is as good as ours, so get guessing below!