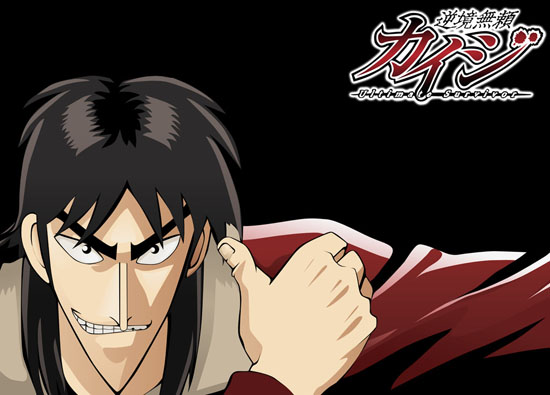 Guys, good news! Another one of my favorite manga is coming back from hiatus! Kaiji!

For readers unfamiliar with the comic, Kaiji is about gambling. But not quite like you’re thinking. Kaiji, our lost-decade, debt-burdened hero finds himself forced to participate in increasingly nightmarish gambles (the first story arc features him playing rock paper scissors on what has been affectionately dubbed the “Gambleboat”), or face a life of manual labor — or worse. 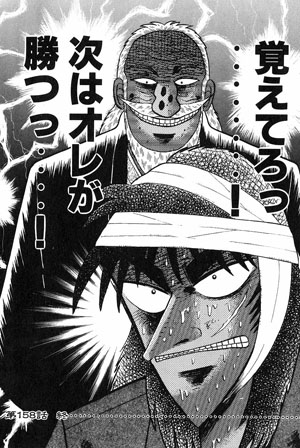 It’s a ridiculous premise on the face of it, but it gives Fukumoto the perfect playground to explore the psychology, madness and mind games of gambling, with an utterly brutal class-warfare subtext. I love it to bits, even when Fukumoto went classically manga crazy and had Kaiji battle a satanic pachinko machine for a thousand pages.

Unfortunately, Kaiji went on hiatus in the February 2012 edition of Young Magazine, where the story is serialized, but much like the recently back-from-hiatus Black Lagoon, Fukumoto announced Kaiji will be returning to the pages of Young Magazine right before this story goes live: Saturday, April 27.

The first two story arcs of Kaiji were adapted into anime by Studio Madhouse in 2007 and 2011, which cleaned up Fukumoto’s unapologetically workmanlike art while perfectly capturing the spirit of the original work. The two live-action adaptations were decidedly less accurate.