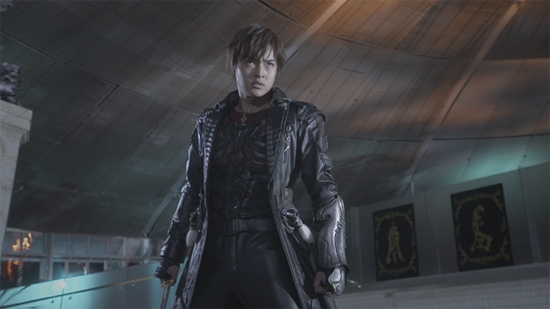 That’s… a far amount of Garo.

Originally a 2005 tokusatsu series about a young man named Kouga Saejima who’s tasked with saving humanity from creatures called Horrors, Garo was notable for being a particularly dark and sometimes frightening series in a genre better known for teams of characters running around in bright primary-colored spandex.

Garo had one 25-episode season back in 2005, but that was followed by specials, films, new series and this year’s Garo: The Animation.

Now for the 10th anniversary of Garo, a huge wave of new properties has been announced. And we mean huge. See if you can keep up.

First up, there are not one, not two, but three live-action films on the way. Garo -Gold Storm- Sho will revolve around character Ryuga Dogai. That film will then be followed by a series.

On the anime side of things, a second season of this year’s show has been given the okay. But that’s not it: there’s also a film of the anime in the works.

And as if all that weren’t enough, a musical is also being created.

Garo fans: how happy are you right now?

Non-Garo fans: how confused are you right now?