In the toyetic, merchandise-run world of tokusatsu, it’s hard to shake the feeling that it’s all just crass commercialism designed to sucker kids, big and small, into wanting some gimmicky piece of plastic. Enter Keita Amemiya. A visionary in a genre dominated by toy sales, Amemiya doesn’t merely set out to show guys in rubber suits kicking the tar out of each other, sell some toys and move on to the next one: he creates veritable worlds distinct from anything on the market, incorporating Southeast Asian motifs and Hong Kong-style action. While no shortage of merchandise and media tie-ins exist, his work stands out as a cut above most kiddy fare.

Cutting his teeth with Super Sentai and Kamen Rider franchise entries, he eventually ventured out on his own, creating classics like 1988’s Mirai Ninja and the venerable Zeiram series, which spawned the Iria: Zeiram the Animation anime OVA series. What sets Amemiya apart from his contemporaries is everything he touches oozes style. Where most genre entries opt for bright, high-key lighting and battles in nondescript rock quarries or construction sites, Amemiya opts for creepy film-noir shadows and urban battles, inhabited by elaborate weaponry that is more trippy than techy.

His 2005 TV series Garo was little different. One of the most underrated franchises on Japanese TV, it tells the story of an organization of demon hunters called the Makai Knights and their battle against the Horrors, who possess humans bearing dark thoughts. Presenting a sinister world that’s more akin to Junji Ito (Uzumaki) than tokusatsu creator Shotaro Ishinomori, Garo has come to epitomize tokusatsu for grown-ups. Each week, Garo (and its sequel series Makai Senki) would bring creepy tales full of death and nudity, all served with a generous helping of intense, acrobatic combat sequences that often surpass those of any feature film and a beautiful visual aesthetic that manages to be both spartan and elaborate. The over-arching story itself is nothing too complex but the characters are engaging enough and half the fun is seeing what crazy new visuals will be thrown in in the name of justice.

So it is that we get the latest entry into the Garo canon, Garo: Soukoku no Maryu (which translates to something like “Demon Dragon of the Blue Wails”). It serves as a coda to the Makai Senki TV series, focusing on an unresolved plot thread where Makai Knight Kouga (Ryosei Konishi) is making good on a contract with the demon Gajari to travel to “The Promised Land” to bring back a part of his body known as The Fang of Sorrow. In other words, it’s a fetch-quest for a mystical McGuffin. So, despite serving to conclude a part of the story, it’s possible to watch it without much knowledge of the TV series.

Upon arriving to the Promised Land, Kouga finds himself without any of his gear – not his sword, his magical trench coat, nor his wise-cracking sentient ring Zaruba. However, he doesn’t have long to ponder his position in the world before being attacked by some miniature knights, who in turn get attacked by a mean beastie, forcing Kouga to improvise a way out. He gets rewarded for his efforts, because it turns out those knights were carrying a book imprisoning a blue-skinned hottie named Meru (Anna Aoi). She brings things up to speed for Kouga – in the Promised Land, everyone is just a “thing,” not a “person,” and these things need names or else they become ordinary inanimate objects.

Too bad it doesn’t work on Earth, for it’d be pretty awesome if I named my car, say, Francesca and turned itself into a pastel-colored lady, never mind the fun that could be had the train station. Anyways, as expected, bad things are afoot and the mistress of the realm Judam decides to send out some more baddies Kouga and Meru’s way. Along the way, Kouga inadvertently reawakens a swordsman Kakashi (Yuki Kubota), who is plotting a counterattack against the evil Judam while channeling Johnny Depp’s Mad Hatter as hard as he can.

In fact, watching the colorful, vibrant landscape unfurl, it’s hard to shake the notion that you’ve inadvertently walked into a Tim Burton movie instead of an Amemiya one. The world of the Garo TV series is usually one of minimalist terror: the demon realms are often nondescript forests, black-and-white backdrops or acid-trip kaleidoscopes and the monsters are Giger-esque abominations. On the other hand, the Promised Land depicted here is a giant special effect of a world that feels like Cliffs Notes from one of the more recent Final Fantasy games. The Southeast Asian flavor is mostly dropped for a more Western, Euro-Hellenic approach. It’s not all bad, such as the weirder touches like mirror-holding bikini babes with inexplicable fish heads, but it’s quite a shock to see the eternally stoic Kouga fight midget knights using elaborate wire-fu moves. Otherwise, the attention to detail brought to the world is amazing for a Japanese production. The credits show that work was divvied up between four countries and it shows in ways that put similar Hollywood green-screen spectacles to shame.

However, for however strong the visuals are, it fails to maintain steam. Given the stubborn stoicism of its protagonist, Garo stories are make or broken depending on the surrounding players. It’s here where things fall apart. While Konishi is as handsome and badass as he’s ever been, Aoi’s Meru is little more than serviceable in her alternating roles of damsel in distress and guide, and Kubota’s Kakashi and his cutesy minion often annoy more than they entertain. Same goes for the gnome warrior Esaruto (Tetsuya Yanagihara). These characters clash with the foreboding atmosphere set up thus far in the series and you just wish Kouga would slap them and tell them to buzz off already. Mix this in with a subplot about Kouga’s continuing father issues and it just doesn’t seem to add up to much.

It’s a shame really, because the prolonged credits (with a nice ending tune by Jam Project) are accompanied by several behind-the-scenes photos and drawings showing just how much effort had been put forth into the production. It comes off as some well-deserved showboating by a genre auteur of how much blood, sweat and tears went into the franchise of the Golden Wolf Knight. If one looks past the lukewarm story and just lets themselves drown in the visuals, they may be inclined to celebrate along.

This story originally ran in the 3/19/13 issue of the Otaku USA e-News newsletter. If you’re not on the mailing list, then you’re reading it late! Click here to join. 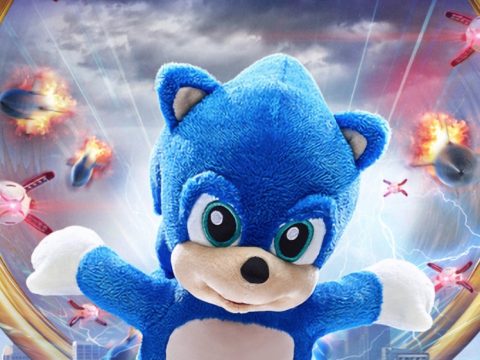 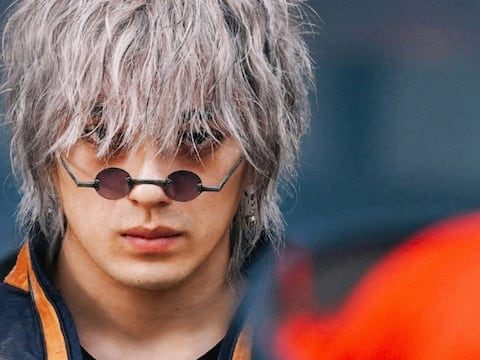 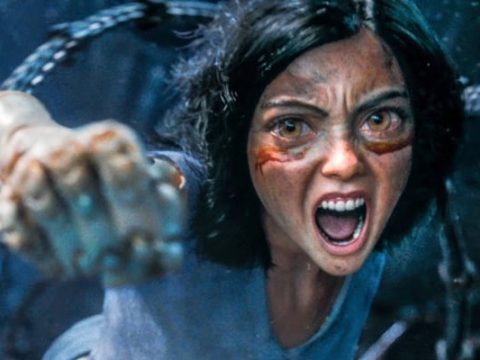 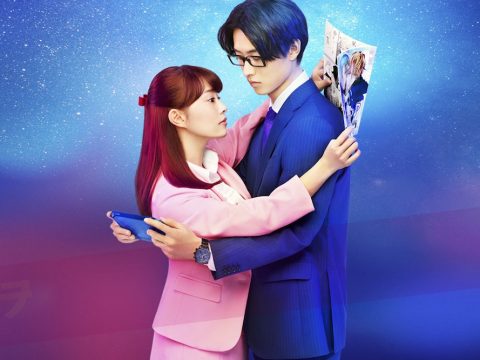 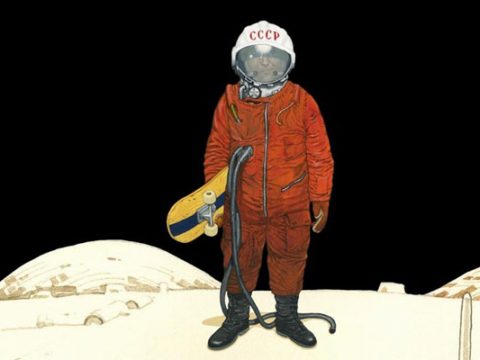