When you hear Yoshitaka Amano is involved in an anime project, it’s hard not to get excited.

The latest from the legendary Final Fantasy character designer is Gibiate, which was unveiled at Anime Expo’s closing ceremonies.

It’s an “ultimate survival action” series about a viral outbreak in the year 2030 that turns people into monsters.

Aside from his designs for several classic Final Fantasy games, Amano is also known for his work on Angel’s Egg, Vampire Hunter D and much more.

Here’s how the Gibiate Project, the group behind the anime, describe the story:

The Year is 2030 Japan. A Virus outbreak has covered the earth. Once infected, patients become monsters and changes the form depending on age, sex and nationality. The virus is called “Gibier”(wild game for many varieties). A Edo era time traveling Samurai and Shinobi appear in the post apocalyptic ruins. Helping a doctor who has dedicated his career for researching the cure for “Gibier”, hordes of Gibier after them, outlaws who attack the travelers for food – everywhere you turn, danger is upon them! 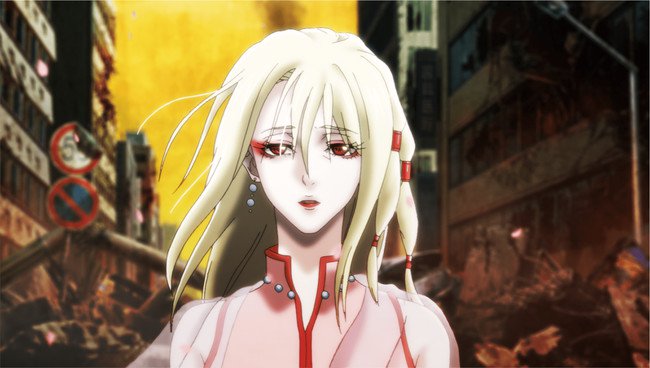 Will This Year’s My Hero Academia Film Be the Last?
Netflix Highlights Upcoming Global Anime Slate in Sizzle Reel