Given Anime Lines Up Feature Film for 2020 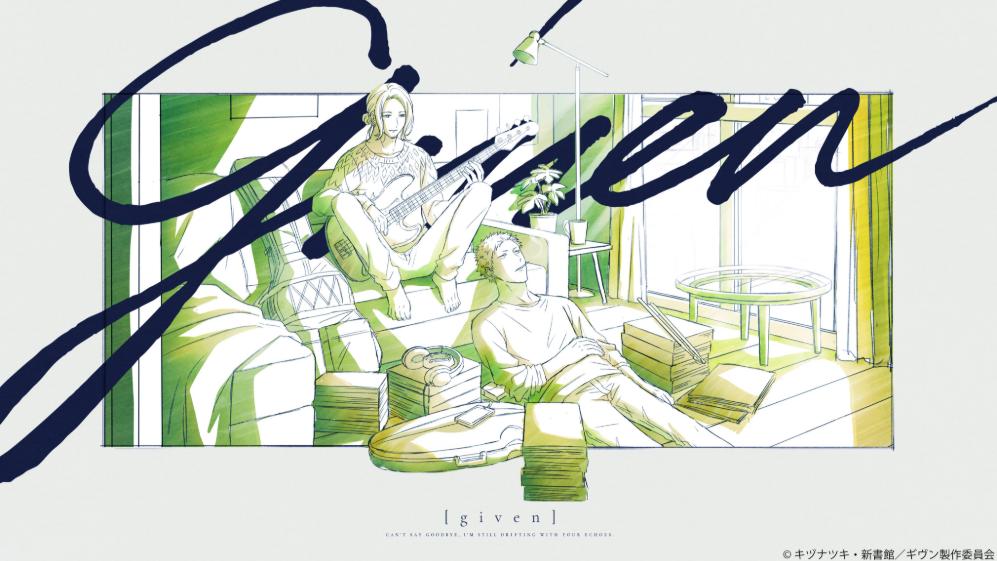 The final episode of the given anime — based on the yaoi manga written and illustrated by Natsuki Kizu — aired today, which means it’s time to find out what’s next for the series. If you’ve been enjoying your time with the boys, they’ll officially be back in town in 2020 with a feature anime film that picks up where the show ended.

There isn’t too much more in the way of info at the moment, but the official Twitter and the YouTube for Fuji TV’s Blue Lynx label shared a promo.

Here’s how Crunchyroll describes given:

“Somehow, the guitar that he used to love to play and the basketball games that he found so fun just lost their appeal… That was until Ritsuka Uenoyama randomly met Mafuyu Sato. Ritsuka had started losing his passion for music in his everyday life, but then he hears Mafuyu sing for the first time. The song resonates with his heart and the distance between them starts to change.”