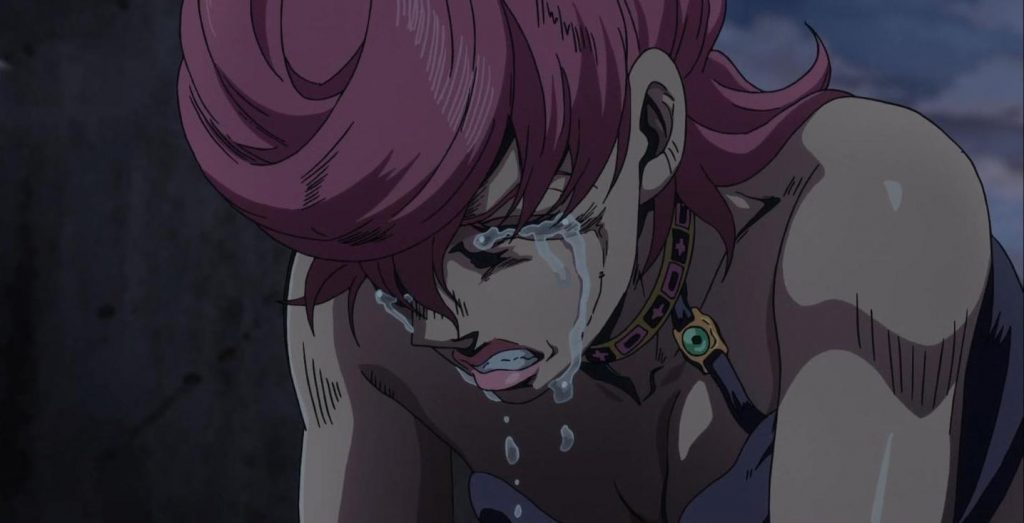 The good news first. The final two episodes of JoJo’s Bizarre Adventure: Golden Wind, 38 and 39, will air on the same night as a one-hour finale.

The bad news: we’re going to have to wait a while to see ’em.

Golden Wind’s antepenultimate episode will air July 5 — after which it’ll take a break. The final episode(s) won’t air until July 28.

Whoa, calm down, self. I’m sure that time will be well spent by the animators. Plus, I’m in no rush to bid arrivederci to this delightful season of JoJo’s.

Here’s how the Crunch describes the beginning of said season:

Naples, Italy. It’s an absolutely beautiful city but it’s overrun with gangs. Koichi Hirose travels to Naples in order to find the possible son of DIO, Haruno Shiobana. Once he arrives, he meets a young man named Giorno Giovanna who ends up stealing his luggage. Koichi discovers that not only is Giorno Haruno Shiobana, but he’s also a Stand user. Meanwhile, Giorno runs into some trouble with a gang member named Leaky Eye Luca, which later gets him into trouble with another gang member named Bruno Bucciarati.