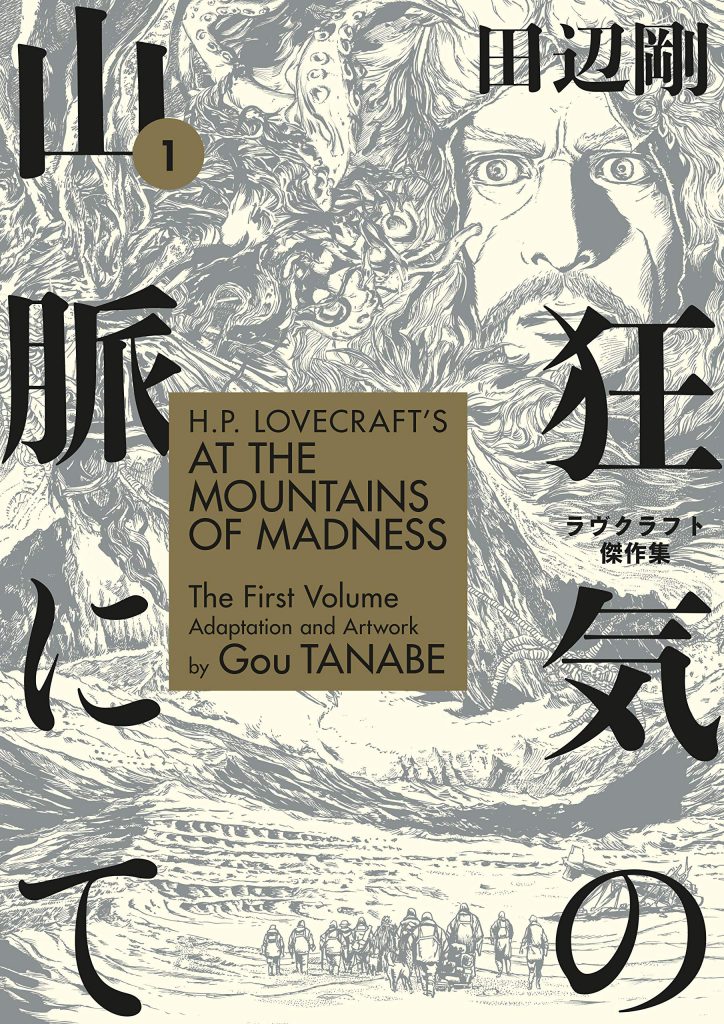 It’s 1931, and the Miskatonic Antarctic Expedition is looking for their scientist, Professor Lake, and the team of twelve men who were with him. Before they lost radio contact with the main group, Professor Lake had said he’d made an “astounding discovery.” The rest of the Miskatonic Antarctic Expedition is about to make their own astounding discovery — and it’s a very macabre one at that.

They come across many bodies in the snow. Some are little more than skeletons, even though they just died.

The manga then takes us back in time so we can see some of what happened to Professor Lake and his crew. This takes place in the days of Antarctic expeditions, and this trip to the Antarctic is revealing fossils and remains that contradict what people know about evolution and Earth’s history. They’re finding evidence of an advanced life form living in Precambrian times, before even trilobites were around. And that’s nothing compared to what Professor Lake finds in a cave. . .

At the Mountains of Madness is a manga series based on a novella of the same name from the influential and infamous H.P. Lovecraft. Originally, At the Mountains of Madness was rejected by Weird Tales for being too long, but five years later it was picked up by Astounding Stories. Since then Lovecraft’s eerie stories and mythos have become quite popular, especially to readers and writers of dark and weird fiction. 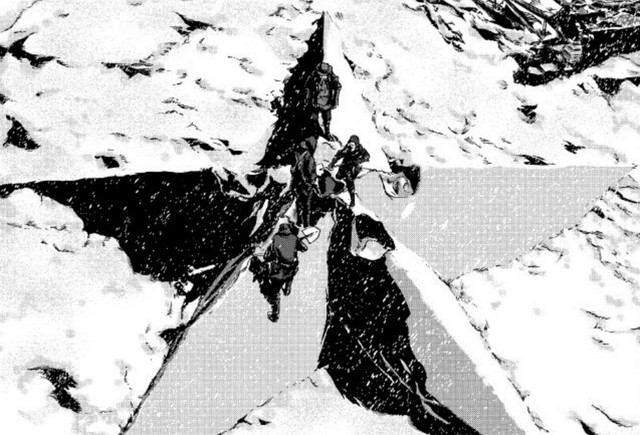 This adaptation by Gou Tanabe is beautifully done. The art is dark, somber, claustrophobic and yet full of wide panels with giant landscape shots. The enormousness of the Antarctic — and how alone the men are — is told excellently by the art alone. It feels like a good fit for the story, giving it an oppressive atmosphere while still being very attractive to look at. It’s also worth noting that the art has a definite Western influence, and doesn’t have the typical “manga” look as one tends to think of it. The art is grittier and more realistic than manga art tends to be.

Gou Tanabe has adapted other Lovecraft works, and his H.P. Lovecraft’s The Hound and Other Stories manga was also published by Dark Horse Comics. 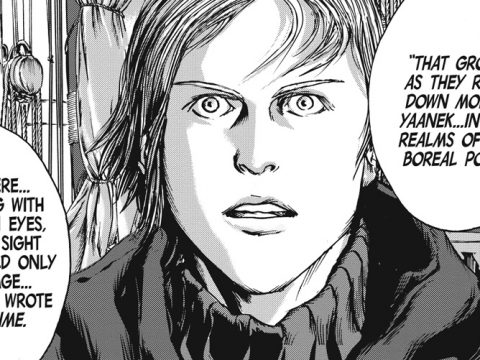 [Review] H.P. Lovecraft’s At the Mountains of Madness

[Manga Review] ﻿H.P. Lovecraft’s The Hound and Other Stories

Those Who Hunt Elves Anime Returns on Blu-ray!
Pop Team Epic and Sanrio Kick Off Another Ridiculous Collaboration