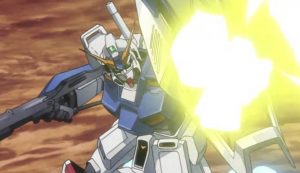 Previously revealed as a YouTube simulcast, there’s now an official Japanese TV schedule for the Gundam Build Divers Re:RISE anime. Set two years after the events of Gundam Build Divers, the next wave of mecha battling officially kicks off on YouTube on October 10, followed by broadcast on BS11 in Japan on October 12.

Shinya Watada directs Re:RISE at Sunrise Beyond. In this followup, the Gunpla Battle Nexus Online virtual environment has been tweaked for an even more realistic experience. It’s within this virtual world that Builder/Diver Hiroto Kuga searches for a lost player.