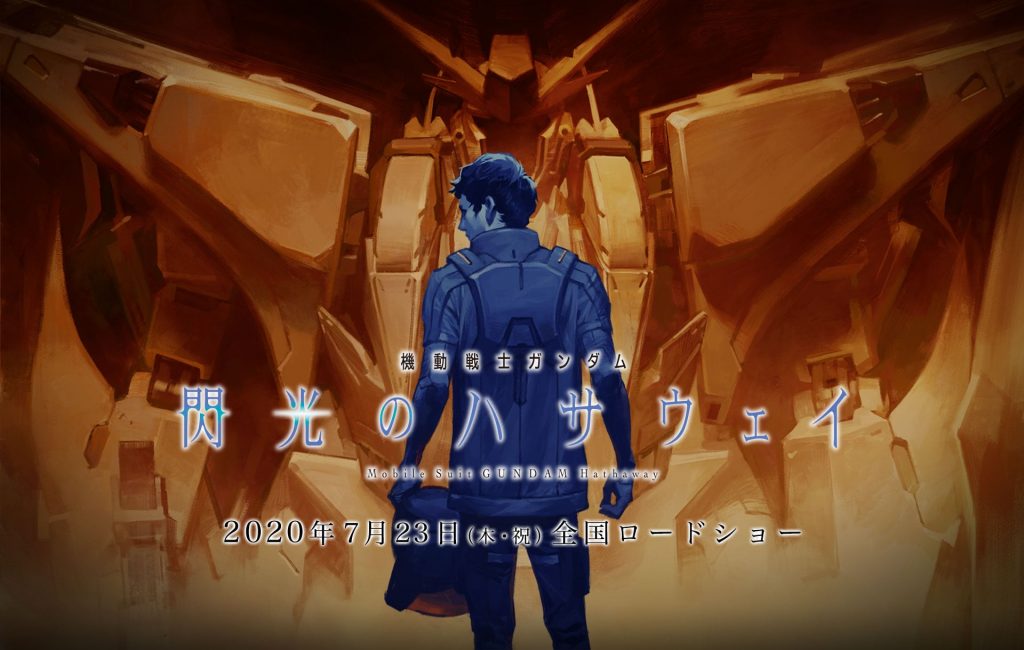 We’ve been flashed. Flashed, that is, by a new trailer for Mobile Suit Gundam: Hathaway’s Flash, also known as Mobile Suit Gundam Hathaway. It’s the first in a series of three films in a new Gundam film series set to start on July 23, 2020.

Mobile Suit Gundam: Hathaway’s Flash, for those not in the know, is a series of Gundam novels by creator Yoshiyuki Tomino that take place twelve years after the film Char’s Counterattack. The books take place in UC 0105, and center around Hathaway Noa, who has taken on the name Mafty and has founded an anti-Earth Federation terrorist group.

The first film will be directed by Shuko Murase (Ergo Proxy, Gangsta) with a script by Yasuyuki Muto (Mobile Suit Gundam Unicorn) and music from Hiroyuki Sawano (Promare).

The trailer for the film contains English subtitles (click on the captions button), and states that the novels were “long considered impossible to adapt.”

We’ll find out whether Murase and team have succeeded this summer!

Here’s how Gundaminfo (quite literally) describes the trailer:

At the beginning, images from “Char’s Counterattack” revealing the rivalry and final battle between Amuro and Char are shown with the theme song “BEYOND THE TIME (Over the Moebius skies)”. Then, hearing a piece of Hiroyuki Sawano’s background music, we see originally animated clips from this movie “Hathaway”, including new battle scenes, and meet the protagonist Hathaway Noa as well as the main characters such as Gigi Andulcia and Kenneth Sleg for the first time. As the saga continues from “Char’s Counterattack” to “Hathaway”, these images evoke a next-gen reformation, along with the catch copy “His flash is the hope of humanity.”