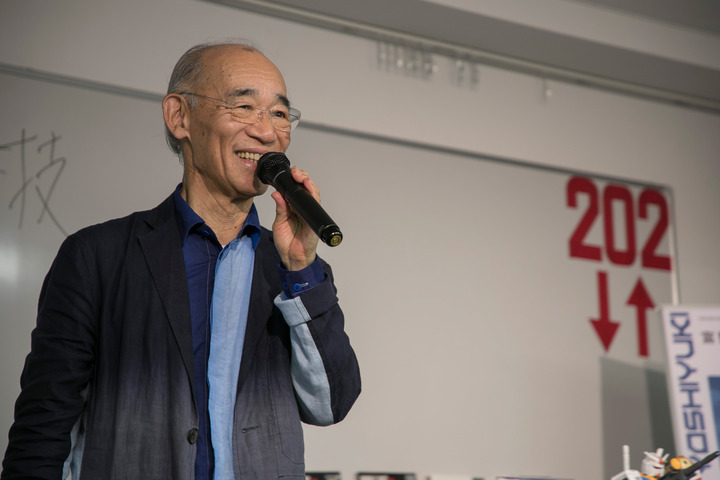 Yoshiyuki Tomino, the creator of Gundam, has been out and about giving interviews and talks as the franchise celebrates its 40th anniversary. For some reason, someone decided to ask what he thought about Spider-Man: Into the Spider-Verse, and here’s what he said:

That’s a very weird piece of animation. It won the Academy Award for Best Animated Feature this year. It’s an animation that looks like live-action at first glance, and it really does a lot of experimental things. I thought about why it won the Academy Award for about a week. For American movie people, for the average household, this was maybe the first animation that wasn’t aimed at kids. I won’t judge it, but including its technical aspects, I could really tell how much effort the people who made it put into it.

If you work in anime, you should try to overtake it, to surpass it. That’s how I want people in anime to think. Like when I thought to myself, “I’m going to surpass George Lucas’s Star Wars.” If you made an anime that overtook [Spider-Man], I’d be really thankful.

There you have it, folks. Who in Japan will take up Tomino’s challenge and surpass Spider-Verse?! Only time will tell.