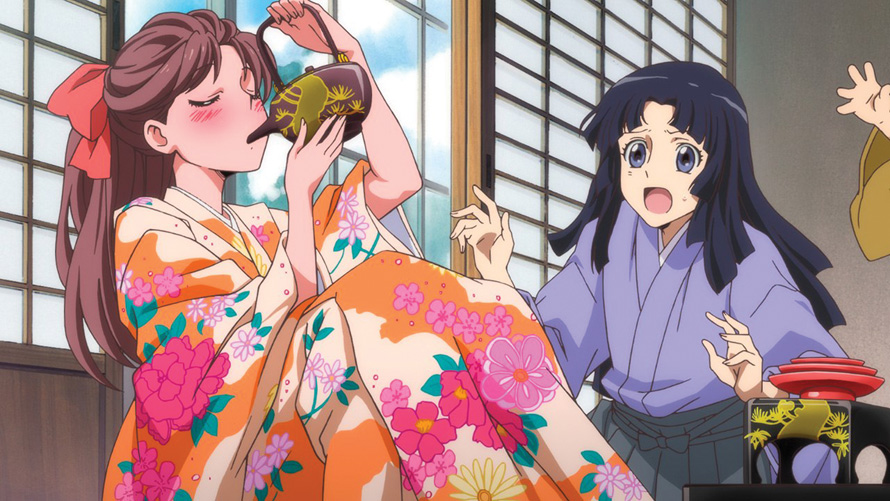 The early 1900s was a time of great sociopolitical upheaval for Japan. Opened borders and rapid industrialization resulted in a mass influx of liberal democratic Western ideas that would be largely suppressed in the decades to follow, not the least of which was a reevaluation of gender roles. As the only daughter of a Japanese army major, Benio Hanamura must attend an academy for how to be a proper wife for whomever she’s ultimately arranged to be married to, but she’s got other aspirations. It’s 1918, after all; why must she become a housewife instead of having a job, and why not marry the one you love, like in all the classic Western literature she’s read?

The tomboy-ish Benio would rather practice kendo than sewing, as evidenced when she gets into a scrap with a visiting German/Japanese blond-haired lieutenant, Shinobu Ijuin … whom her father has arranged for her to wed from the day she was born! How awkward for Benio, considering her best friend Tamaki has loved Shinobu all her life yet been unable to confess to him. Further complicating matters is the boy next door, Ranmaru, an onnagata (a kabuki actor who plays women’s parts) who’s loved BENIO all his life yet been unable to confess to HER! Benio endeavors to be such a screw-up that the arrangement gets called off, but her “haikara” antics (that’s just how the Japanese would say “high-collar,” in reference to the Western fashions of the day) only endear her further to Shinobu, and maybe she can’t help but fall for him after all … and then the Japanese military is sent to Siberia in winter to intervene in the Russian civil war. 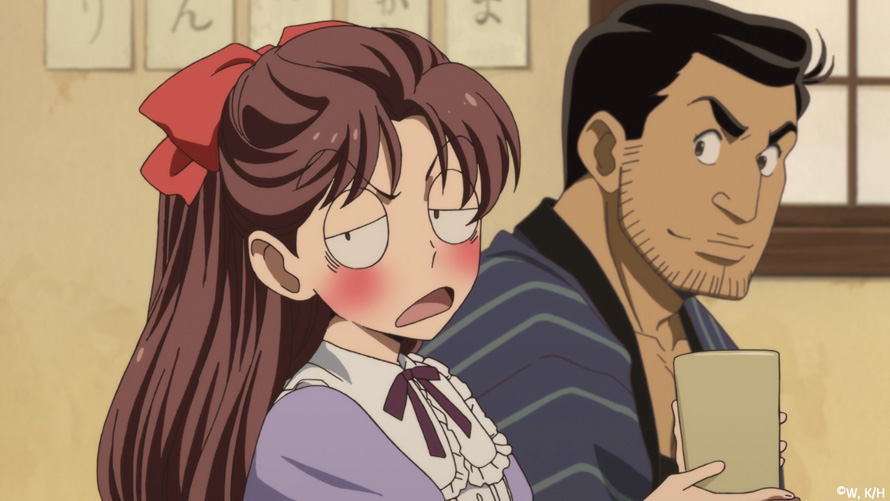 Yep, while Haikara-san is replete with a lot of silly antics—look, sometimes you try to elope and end up with people swearing their yakuza fealty to you—there’s also romance, heartbreak, and sorrow. It’s a lot of ground to cover in a movie, and it’s no wonder: what is almost entirely unknown in America is that this movie is a remake of one of the most popular shojo works of the 1970s. No wonder I love it so! As one of the definitive works of author Waki Yamato, the original Haikara-san was released across Europe and the Middle East, and the tale has since been adapted into live-action dramas as well as a musical from the all-female Takarazuka revue. But its obscurity in the United States meant that the theatrical release of Part One was largely overlooked, resulting in an incredibly limited release for Part Two. Fortunately, Eleven Arts has partnered with Nozomi Entertainment to release the movies on home video, and digital rental options are available courtesy of Amazon.

As many a Star Wars fan has come to realize, something that was once beloved 40 years ago often doesn’t land so well with the current generation, and so the best way to get new audiences to watch a remake is to not indicate it’s a remake at all. True to the name, this incarnation of Here Comes Miss Modern, though still animated by Nippon Animation just as the original anime series was, uses contemporary star seiyuu like Saori Hayami (A Silent Voice) and Mamoru Miyano (Zombie Land Saga), and character designs by the outspoken Terumi Nishii of Penguindrum and Jojo’s Bizarre Adventure Part 4 fame (interviewed in our October 2019 issue!) combine current aesthetic sensibilities with period-appropriate fashion in such a way that few would suspect “this is a revival of an old series from the 70s.” 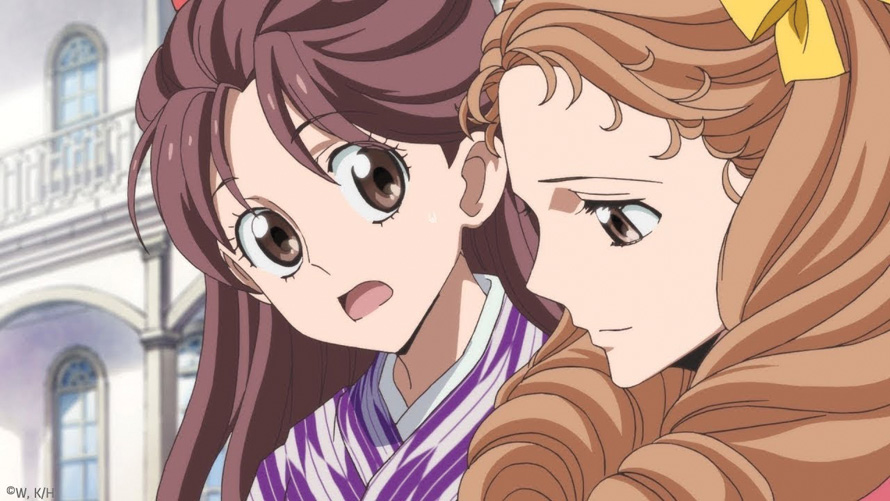 Director Kazuhiro Furuhashi is no stranger to romantic stories from eras past, having previously directed Rurouni Kenshin, the overlooked Le Chevalier D’Eon, and the most recent animated adaptation of Osamu Tezuka’s Dororo. Even the theme song is composed (though not sung by) by the most retro-modern pop star of them all: Mariya Takeuchi, whose song “Plastic Love” is far more popular among American audiences in 2019 than it ever was 35 years ago. Here’s hoping Haikara-san finally gets its due as well.