What Happens When an Olympic Gold Medalist Tries Naruto Running? 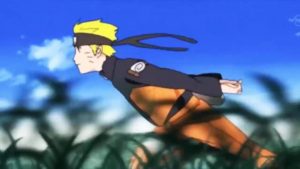 In Naruto, you’ll often see Naruto Uzumaki and the other ninja characters doing what is popularly referred to as the “ninja run” or “Naruto run.” It’s a move that stands out because of how ridiculous or cool it looks, depending on who you ask, as the runner has their arms stretched behind their backs while dashing ahead. But is it actually faster than normal running? And what would happen if an Olympic Gold Medalist were to give it a shot?

These questions and more were the topic of a recent video on the Because Science YouTube channel, which called upon the expertise of Olympic champion Jeneba Tamoh to answer them. Tamoh participated in the qualifying run for the 4 x 100 meter relay team and won a gold medal in the 2012 London Olympics. Discover the ups and downs of Naruto‘s preferred method of running below.