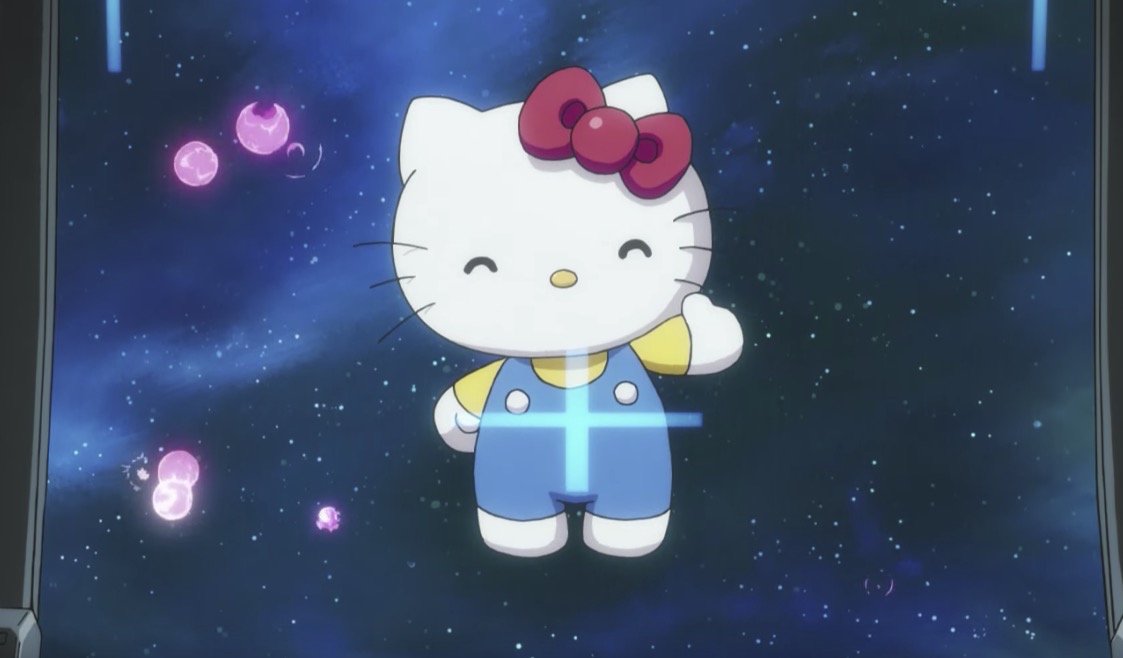 Following its spring launch, Hello Kitty and the Mobile Suit Gundam franchise have been continuing their crossover event in celebration of the former’s 45th anniversary and the latter’s 40th. The related series of web anime shorts have Hello Kitty attempting to deescalate a potential conflict, until both she and Gundam protagonist Amuro Ray find themselves ambushed by Zion mobile suits. Even though the Zion forces got the jump on our heroes, Amuro is quick to fire away, and it looks like Hello Kitty is going to have no choice but to jump into this space war herself.

You can see how she gets roped into meeting up with Amuro in the first promo from back in March, if you missed it then:

The second part debuted on July 8. Kitty starts off politely introducing herself, saying, “Nice to meet you! My name is Kitty!,” before explaining how she found out about Amuro’s plight. She suggests that there’s no need to fight, but she doesn’t get too much further before Amuro’s Newtype abilities kick in just in time for him to see the aforementioned ambush coming. Before you know it, a Zion blast is heading straight for Kitty! Watch out!

Unfortunately, we’ll have to wait until 2020 to see what happens next.

What Does a 30-Year Collection of Weekly Manga Magazines Look Like?
Beastars Manga Shows Its Wild Side in Debut Volume [Review]