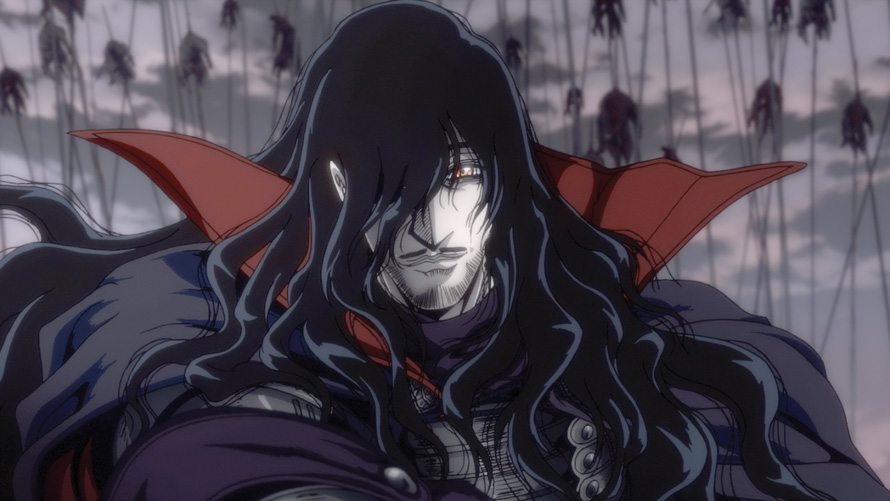 A few ghouls here and there

For those who absolutely love their anime steeped in gore, violence, and intriguing character drama, the original 13-episode Hellsing series is a classic. But what happens when you take a classic and build upon it exponentially until it becomes a new masterpiece unto itself? You get Hellsing Ultimate, one of the most exciting OVAs the industry has ever produced. It’s raw, visceral, disturbing, and some might even say stomach churning when talking about the later points of the show. But it’s also absolutely, ridiculously cool—in ways you would never have imagined.

Hellsing Ultimate weaves the tale of the Hellsing Organization, a clandestine group brought together by the British government to keep the public from finding out that vampires actually exist. In fact, they’ve got one of their own fighting supernatural threats and other vampires: Alucard, one of the strongest vampires of all. Acting as a vampire exterminator, he serves the Hellsing family alongside former “police girl” Seras Victoria, who’s transformed into a vampire herself after a particularly gruesome fight one evening by Alucard himself. With vampiric incidents on the rise, there’s a threat behind the madness that the leader of the Hellsing Organization must face—Sir Integra Hellsing—before they end up bringing about total destruction and another global war. 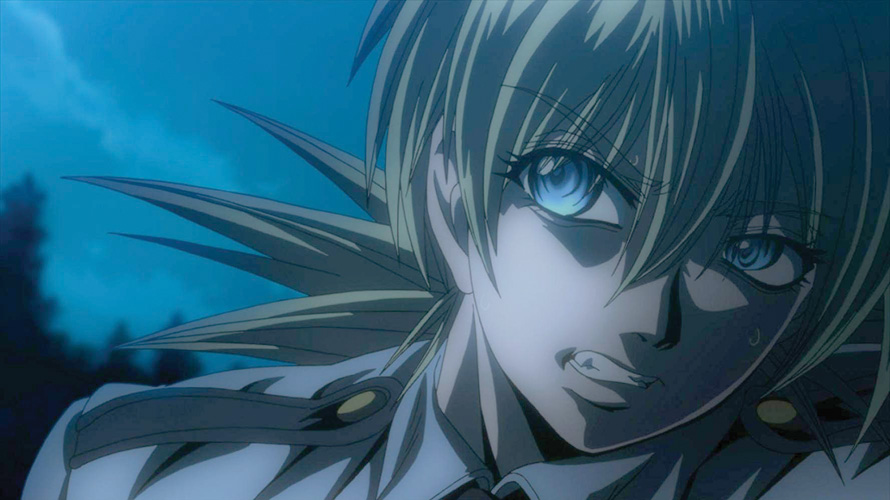 While the original Hellsing took liberties with the original manga’s story, Hellsing Ultimate does its best to stick to the main story beats. Alucard takes center stage as the show’s resident “kind-hearted” psychopath, with evil grins, a thirst for blood, and stylish shows of violence that play out in the most disturbing of ways across each episode. But it’s done so fantastically well and it looks so great that you have no qualms with him painting the walls with the blood of a corrupt priest or a few ghouls here and there.

Leveling out Alucard is the lovable Seras, who’s the most human character at the epicenter of everything. Since Alucard is a man who prefers to keep to himself (except when mauling enemies) we have to use her as something of a conduit through which we view the rest of the series and the Hellsing Organization. She’s adorable at times, though she’s often struggling with her new life as a vampire, but adds an intriguing dynamic to a show that might otherwise take itself too seriously. Over the 10 episodes the OVA explores, we get to see very “human” sides of Alucard and even the vampiric sides of Seras as well, which end up balancing each other out quite well. 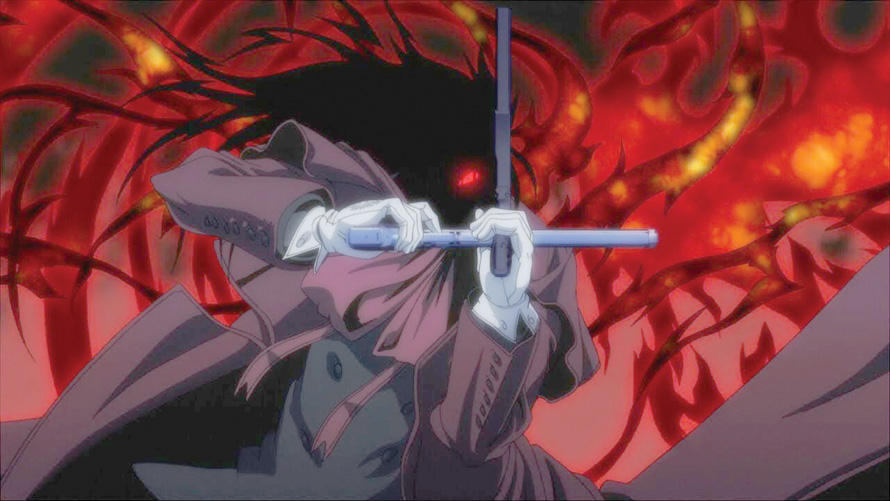 But what of the enemies? Oh, they’re there. Bizarre con men, street thugs, and even Nazis are trash that need to be taken out, and Alucard is more than happy to do it. And because of how well the show is animated, coupled with flashy action scenes and the dramatic scenes to back it up, you can root for this powerful vampire to tear them to bits. You might want to look away sometimes … but then you’d miss the carnage onscreen.

For fans who cut their teeth on series like Berserk or Black Lagoon, or even those who partook in the original Hellsing, there’s plenty to love about Hellsing Ultimate. It ends up surpassing the first attempt at making an anime adaptation of the manga in the first place since it totally blows the original out of the water in every conceivable way. If you haven’t seen it by now, you should absolutely rectify that—lest Alucard come looking for you. And you wouldn’t want that, now would you?