My Hero Academia Anime Film to Premiere at Anime Expo 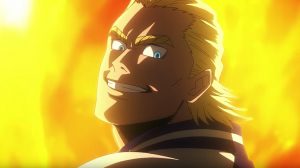 My Hero Academia fans now have another big reason to attend this year’s Anime Expo convention. The My Hero Academia: Two Heroes anime film doesn’t open in Japan until August 3, but Toho and Funimation Films have teamed up to bring the world premiere to AX on July 5.

The screening will be held at 12:30pm in the Los Angeles Convention Center’s Main Event Hall B. You’ll have to get there early, because seating will be available to all AX 2018 badge holders on a first come, first served basis.

A celebrity guest panel will follow the feature, with guests including: