My Hero Academia Anime Hits Toonami on May 5 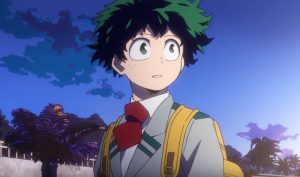 The My Hero Academia anime is finally getting the English TV spot it deserves! In what seems like a total inevitability, the BONES adaptation of Kohei Horikoshi’s manga will make its debut on Cartoon Network’s Toonami anime block on May 5 at 11:30pm Eastern Time.

In other Toonami shakeups, the original FLCL will rebroadcast this summer to prepare everyone for the hotly anticipated new seasons, which kick off in June.

💥🔥#MYHEROACADEMIA IS COMING TO #TOONAMI 🔥💥