Hollywood’s Sanrio Character Movie Has Script in the Works 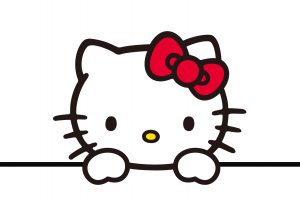 We regularly get news about major Japanese properties making the transition to Hollywood, but one of the most interesting doesn’t fall neatly into the anime or manga categories. We’re talking, of course, about Sanrio and its lovable set of mascot characters, which will eventually be starring in an English-language Hollywood movie of their own.

According to Sanrio’s managing director, Tomokuni Tsuji, while there’s no release date, a script has been decided for the feature. The as-yet-unnamed Sanrio movie won’t just feature Hello Kitty; there will be a slew of additional characters from the company’s various brands. Tsuji hopes the characters other than Hello Kitty can become just as accepted around the world in the process.

The Sanrio movie has the company teaming up with New Line Cinema and FlynnPictureCo., with Beau Flynn (Rampage, Skyscraper) producing alongside executive producer Wendy Jacobson. Warner Bros. will distribute, and we’ll be sure to update whenever further details are revealed.