Is It Wrong to Try to Pick Up Girls in a Dungeon? Box Set Packs Hestia’s Ribbon and More 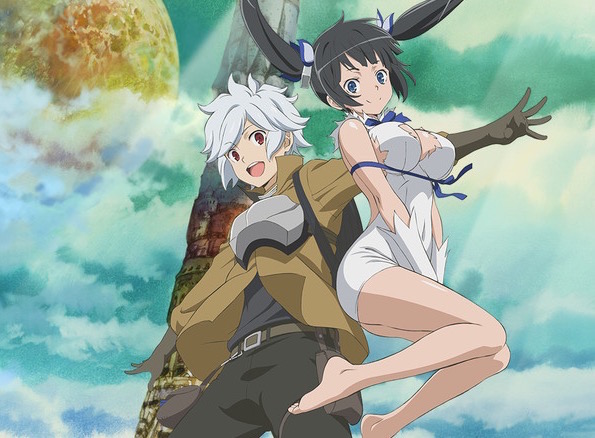 Are the legends true? Could dungeons really be such a great place to rescue and meet girls?! That’s what Bell Cranel’s grandfather told him, and he’s about to put that theory to the test in Is It Wrong to Try to Pick Up Girls in a Dungeon?, available early April in a

The Dungeon in Orario is full of unsavory sorts of all kinds, from nasty goblins to vicious dragons. It’s also full of girls, of course, but they’re not quite the damsels in distress Bell had envisioned. One of them is the beautiful swordswoman Ais Wallenstein, who ends up having to repeatedly rescue Bell instead of the other way around.

Bell may have become the dude in distress himself, but he does have one major player on his side: Hestia. Bell is the only member of this goddess’s Familia, and there’s no way she’ll want to share him with the likes of Freya, Hephaistos, Loki, and the rest of the powerful Familias they get tangled up with along the way.

Is It Wrong to Try to Pick Up Girls in a Dungeon?, or DanMachi for short, is based on the light novel series written by Fujino Omori and illustrated by Suzuhito Yasuda. Yoshiki Yamakawa (Little Busters!, Kill Me Baby) directs the anime adaptation, with Hideki Shirane (Dream Eater Merry, Date A Live) on series composition at anime studio J.C. Staff. Fans of the series won’t want to miss out on Sentai Filmworks’ Premium Box Set—which packs the show with a booklet, ribbon, grimoire, static clings, lenticular card, and more—so