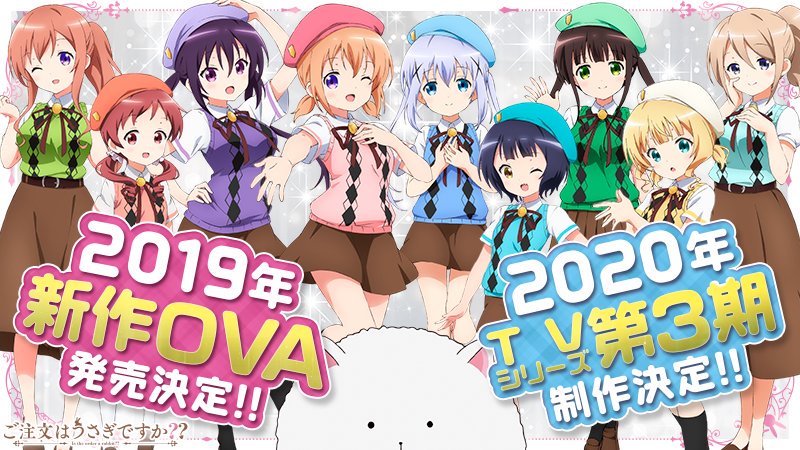 Is the order more Is the Order a Rabbit? anime?

Is the Order a Rabbit?, the four-panel manga-turned-anime, will be getting an OVA in 2019 and a new anime series in 2020.

That’s the word from a fan event this weekend, which also featured a teaser trailer for the upcoming Is the Order a Rabbit? projects (skip to 1:37 for the new stuff).

The 2020 anime will be the third season for the series, which began in 2014. The second season aired in 2015. Here’s how Crunchyroll describes the show:

Kokoa arrives in a new town in spring to start high school. She gets lost and pops into a coffee shop called “Rabbit House”, which turns out to be where she will live. All the characters are so cute – tiny but cool Chino, soldierly Lize, gentle and Japanese Chiyo, sophisticated but down-to-earth Sharo. They are joined by Chino’s class mates Maya and Megu, and a regular at the shop, Mr. Blue-Mountain Aoyama. Everything is so cute every day at Rabbit House!