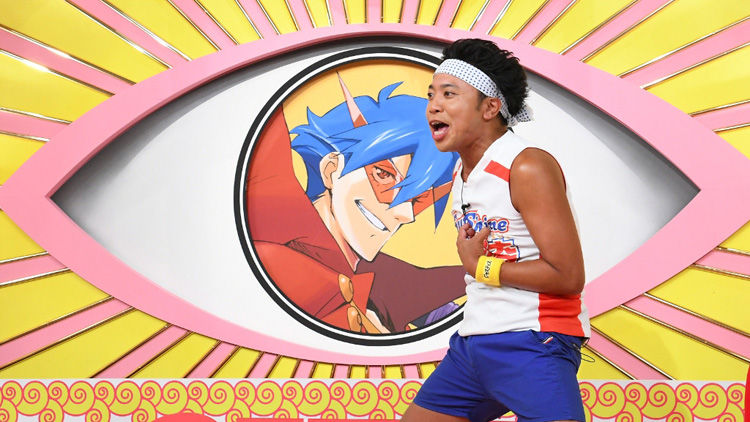 One of the things that made the series so popular was the brash, confident and eternally-positive character Kamina, who, as it turns out, served to inspire a popular Japanese comedian.

That comedian, the 35-year-old Sunshine Ikezaki, recently appeared on Oh My Kamisama, a show on which celebrities talk about their heroes. Ikezaki, known for this over-the-top, high-powered performances, revealed Kamina’s energy and enthusiasm served as his inspiration, especially in the hard times before he broke through.

It sounds like Ikezaki took Kamina’s advice and kicked reason to the curb.