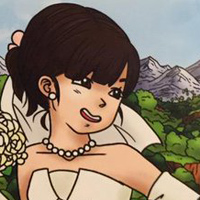 We’re pretty confident in saying this is the coolest wedding invitation of 2015.

A Japanese couple’s nuptial invite has been making waves on social media thanks to its picture-perfect resemblance to a Dragon Quest game.

The invite, wrapped in a DVD case, is designed to look like the package for a Dragon Quest game, complete with a cover that looks like it was illustrated by DQ designer (and Dragon Ball creator) Akira Toriyama.

Even more impressive are the little details, like the PlayStation “PS” logo being replaced by “KA” for the couple’s names, Kenta and Ayano, and the DVD logo, which has been modified to say “DVD Nothing.”

The recipient of the invitation who posted it on Twitter wrote, “the wedding invite I just got is just too good, I’m moved. lololol”

Man, we bet this was a fun wedding. 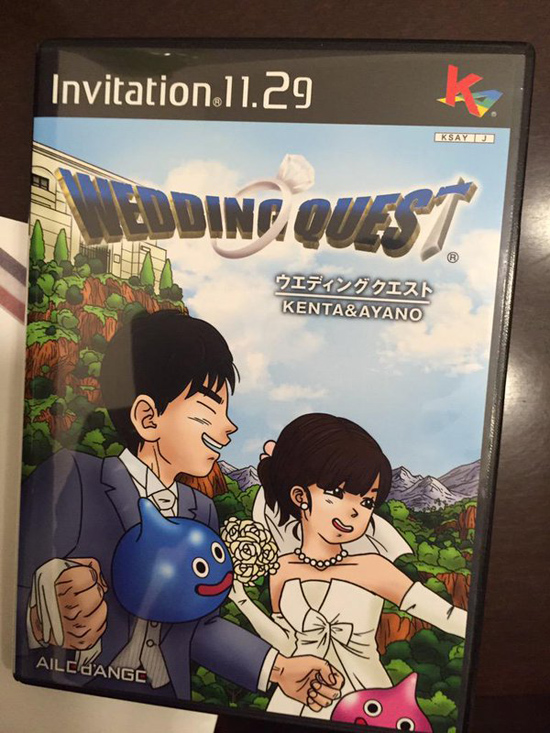 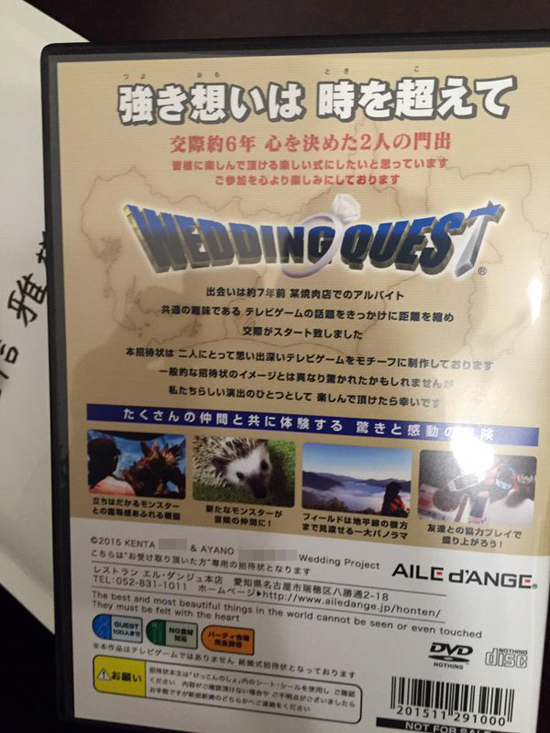