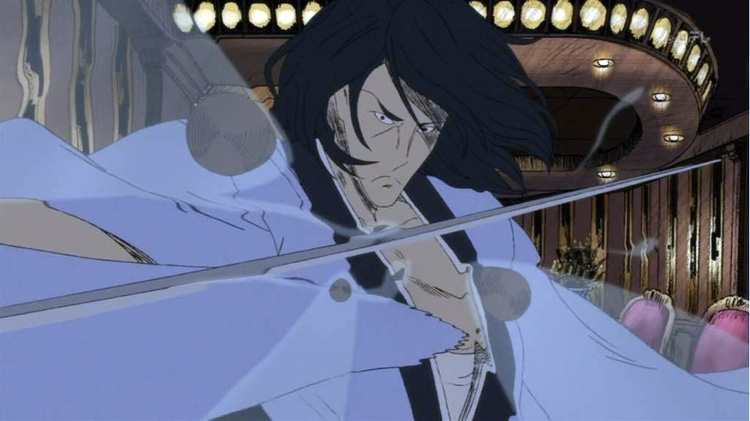 Thin, sleek and incredibly sharp: there’s just something cool about the katana.

The history of the Japanese sword stretches back hundreds of years, and it’s no surprise modern Japanese books, movies and comics are full of characters who wield the katana. But who’s got the maddest katana skills? Readers of ranking site Goo have chosen the top 10:

Rurouni Kenshin characters made up an impressive three spots on the list, with Kenshin himself in the number two spot, but none could top Lupin the Third’s master swordsman Goemon, who seems to be able to cut through anything and whose signature line, “once again I have cut a worthless object,” has become a household phrase in Japan.

Fans of Goemon and his katana are in luck, as the next Lupin film, Goemon Ishikawa’s Spray of Blood, debuts February 4, and as the title suggests, seems to contain a fair amount of bloodletting.

May the cutting of worthless objects never end.