Japan’s Most Notorious Manga Pirate Has Been Caught 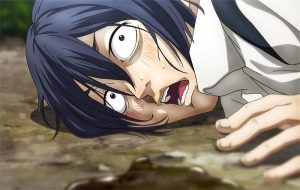 Romi Hoshino, AKA Zakay Romi, is allegedly the pirate behind notorious manga-sharing website Manga Mura. After starting up in 2016, Manga Mura quickly became a major source of pirated media, with the Japanese government estimating its damages to the publishing industry at a whopping ¥320 billion, or roughly US$2.96 billion.

Now, Hoshino’s alleged piracy reign has come to an end, because the 28-year-old Japanese-German-Israeli fugitive was arrested in the Philippines as he was preparing to fly to Hong Kong. The Embassy of Japan in Manila sought out the Bureau’s assistance in locating and arresting Hoshino, and the manhunt was conducted as a joint operation with Interpol’s branch in Tokyo.

The photo below is purported to be of Hoshino:

According to Philippine Bureau of Immigration Commissioner Jaime Morente, Hoshino’s presence in the country is “a risk to public safety and security.” The Japanese Embassy is currently coordinating with the German and Israeli embassies as they work toward having Hoshino deported back to Japan to face prosecution.