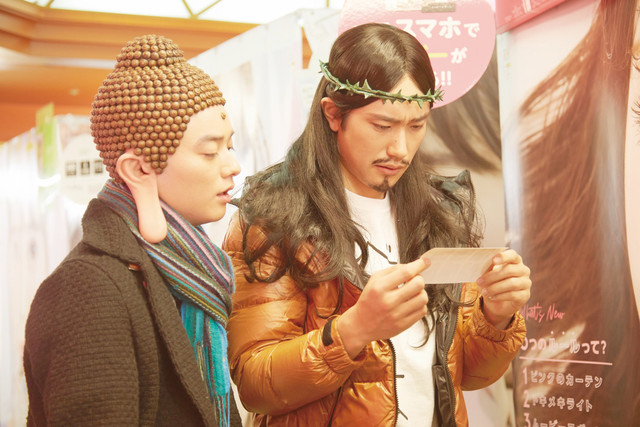 Based on the comedy manga by Hikaru Nakamura, Saint Young Men tells the tale of Jesus Christ and Gautama Buddha living together as roommates in a Tokyo apartment. The manga inspired a live-action TV series that aired its first season last October, and now season 2 is on the way to continue this deific duo’s daily adventures.

The 10-episode Saint Young Men II makes its debut on Picoma TV on May 1, followed by theatrical screenings on May 6. Watch as Jesus (Kenichi Matsuyama) and Buddha (Shota Sometani) visit Akihabara, the holy land for otaku, in the preview below.