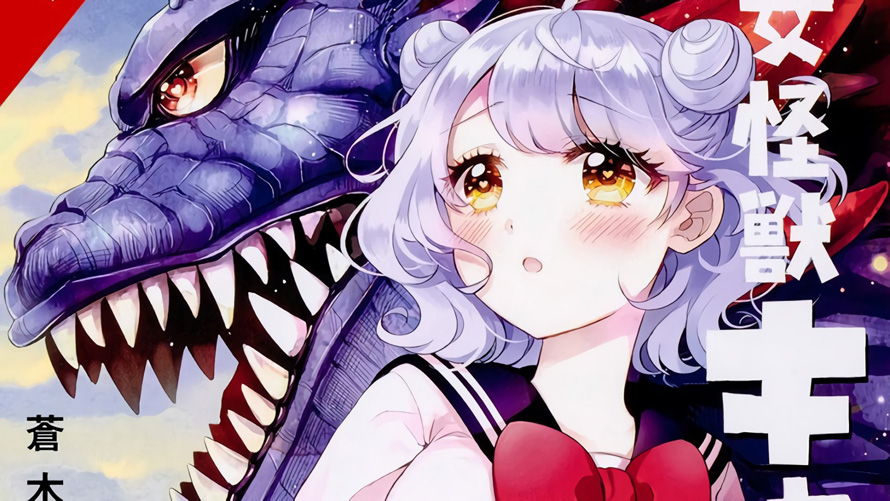 Kuroe Akaishi has a strange disease that deforms parts of her body when she feels intense emotions. Because of this, she spurns love and friendship. To her, love is terror. But when the cutest boy in school, Arata Minami, befriends her, Kuroe can’t contain herself any longer. The frightening changes in her body take over and she becomes a full building-stomping, Tokyo-destroying kaiju called Harugaon. Her life is further complicated by the arrival of Manatsu, whom Kuroe first thinks is Minami’s girlfriend. But Manatsu is actually a kaiju superfan who makes her own Mothra-inspired outfits and is convinced Kuroe is the kaiju’s high priestess. Instead of her rival, Manatsu becomes Kuroe’s second friend ever. 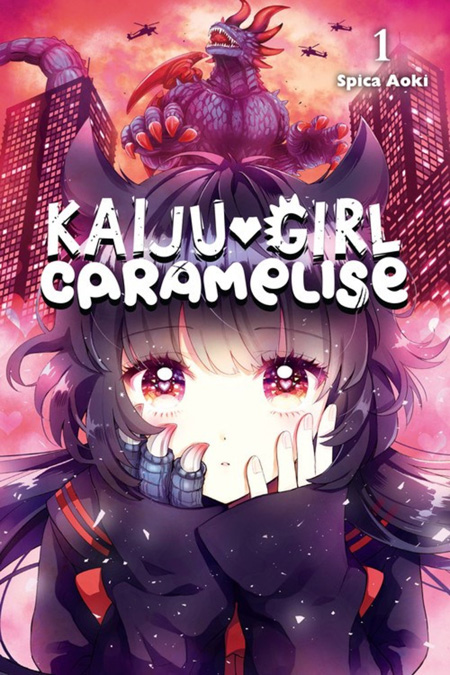 This is one of those bizarre genre mashups that shouldn’t work, but does. In the afterword, Aoki admits to coming up with the concept while meeting with an editor and having no ideas to pitch. The art is a perfect match for this singular story. Fans may remember how gorgeous Aoki’s previous series, Beasts of Abigaile, was, and Kaiju Girl is every bit as beautiful. The kaiju design is great, reminiscent of Godzilla but with enough of spin to make it unique and even appropriately girly. The backgrounds are fairly standard computer-assisted art, but there’s nothing wrong with a few stock helicopters.

The human characters are all appealing. Kuroe has a few kaiju-like aspects even in human form, like the two cowlicks in her hair that look like horns. Minami is a standard pretty boy, but he has a core of empathy that makes him a worthy romantic hero. And the adorably wacky Manatsu promises to bring humor and hijinks. Kuroe’s mother is also a character to keep an eye on: she knows exactly what Kuroe is but has kept it quiet until the first appearance of Harugon. Obviously Mom is keeping some secrets of her own. Somehow, all the pieces of this oddball book fit together: great art, fun characters, and a ton of humor and heart. Recommended.