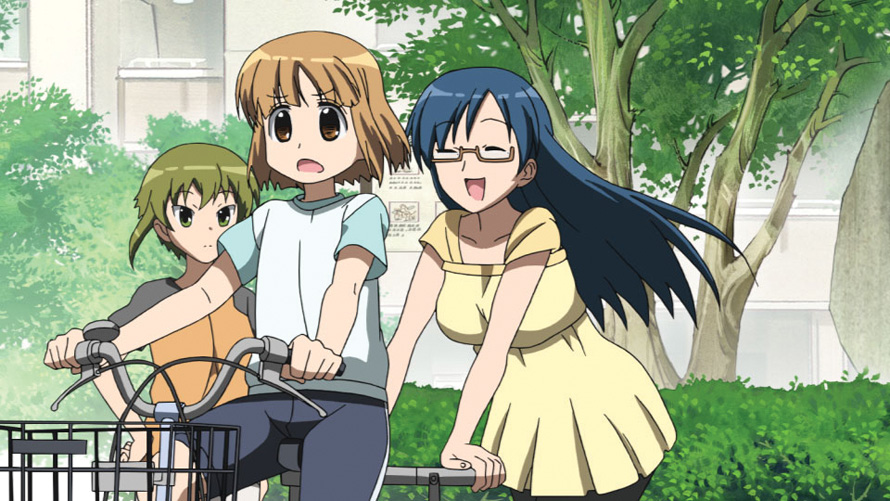 The world of our 21st century would blow Johannes Gutenberg’s mind. Thrift stores burst at the seams with literary classics, four for a dollar, and the digital age has further expanded the accessibility of writings to an immeasurable degree. Even so—and this is perhaps preaching to the choir—there’s something to be said for the tactile pleasantness of word on paper. While many are content to access reports with a remote or touch screen, others prefer to enjoy their breakfast with inky fingers. After all, when one’s done perusing, what other news format can play double duty as birdcage liner, wrapping paper, or kindling for a bonfire?

Indeed, the old-fashioned newspaper has been a tried-and-true element of everyday life for centuries and retains its fans even as an anachronism. Without those readers, there’d be no premise for Kanamemo, a four-panel comedy manga by Shouko Iwami, nor animation studio feel.’s adaptation. The former has sadly never seen localization for English-speaking audiences, but the latter has fared better, having been simulcast by Crunchyroll and, finally, after a solid decade, receiving a home video release. 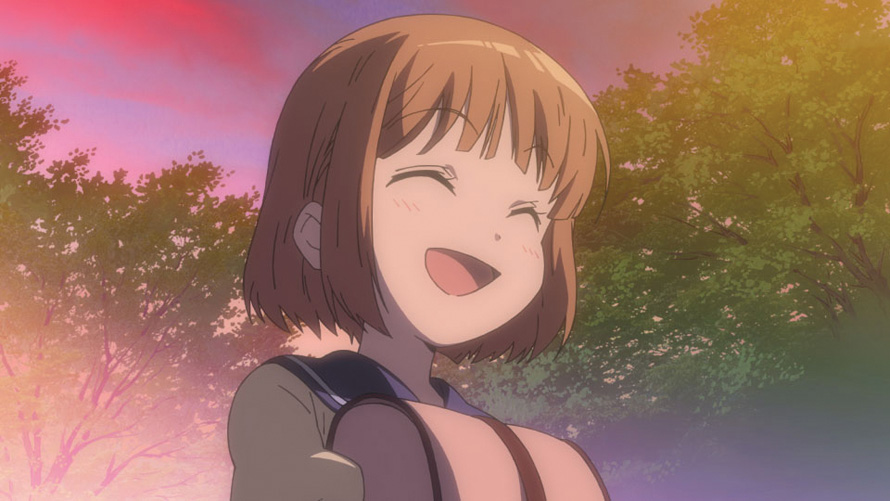 Life has not been kind to 13-year-old middle schooler Kana Nakamachi. On top of losing both of her parents at a young age, Kana is truly orphaned when her grandmother, the woman who raised her, passes away as well. Repo men come to collect her grandma’s worldly possessions, and in an instant Kana finds herself wandering the streets alone, like a stray kitten. Finding a decent job that includes room and board is no easy task to begin with, let alone for a minor with no guardian to grant permission, so fortune seemingly smiles upon Kana when she spots a help wanted sign affixed to a distribution branch of the Fuushin Gazette. Though initially hesitant to pursue the opportunity, given the apparent eccentricities of the all-female staff, a subsequent encounter reveals the kindness of the young women. Reassured, Kana makes the decision to request the position, and she’s hired on the spot, thus initiating her life as a newspaper delivery girl.

While it isn’t atypical for “cute girls doing cute things” anime to have overtones of same-sex attraction, Kanamemo runs the gamut of yuri expression, from explicitly depicted relationships to one-sided preoccupations, and these range from sweet to unsavory. Among Kana’s colleagues, we have Yume and Yuuki, who are, refreshingly, a couple established from the get-go. Outside of Yuuki’s possessiveness, their partnership is healthy and endearing. On the other hand, there is Haruka, a college student and lush with a raging Lolita complex. Nearly all the comedy in Kanamemo centers around the flaws of the cast, from Yume spoiling dishes with excessive sugar to Hinata’s money grubbing, but Haruka’s groping is too often the go-to joke, and the skeeviness of these scenes undermines the show’s ability to elicit a laugh. This is especially so when Haruka’s object of desire is Saki, whose shrewd and seasoned demeanor belies the fact that she is an elementary school student. Saki is also the perfect example to demonstrate how suspension of disbelief can be a challenge with Kanamemo, as it’s never once explained how a grade-schooler ended up as assistant chief. 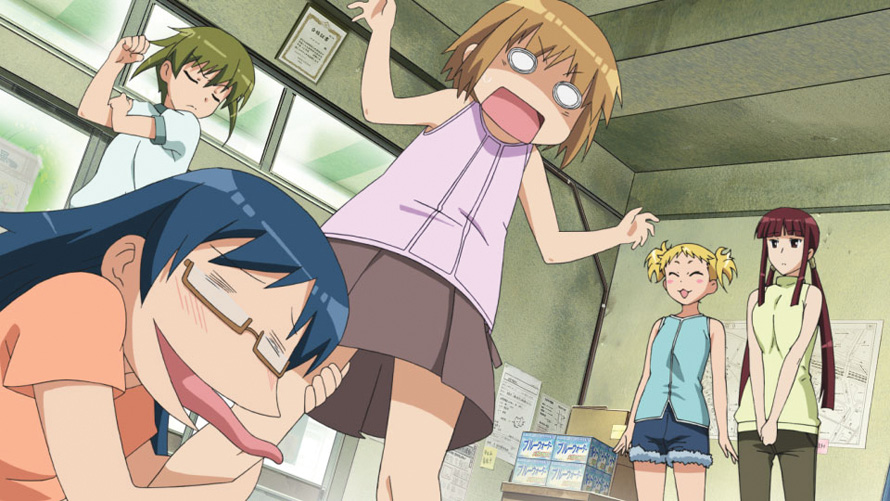 Though a character like Haruka has aged about as well as last month’s milk, that’s not to say Kanamemo as a whole isn’t worth a gander in the present. It does rely on some common tropes, such as group trips to the local public bath and summer festival, to serve as a canvas for its gags, but it also exhibits novel approaches, like effectively turning one episode into a musical and displaying real-life photos to accentuate punch lines. Kanamemo isn’t the best comedy series, the best slice-of-life series, or the best yuri series, but for someone who’d like a serviceable combination of all three, Kanamemo offers chuckles, heartfelt moments as Kana copes with loss in her life, and, yes, even some smooching.