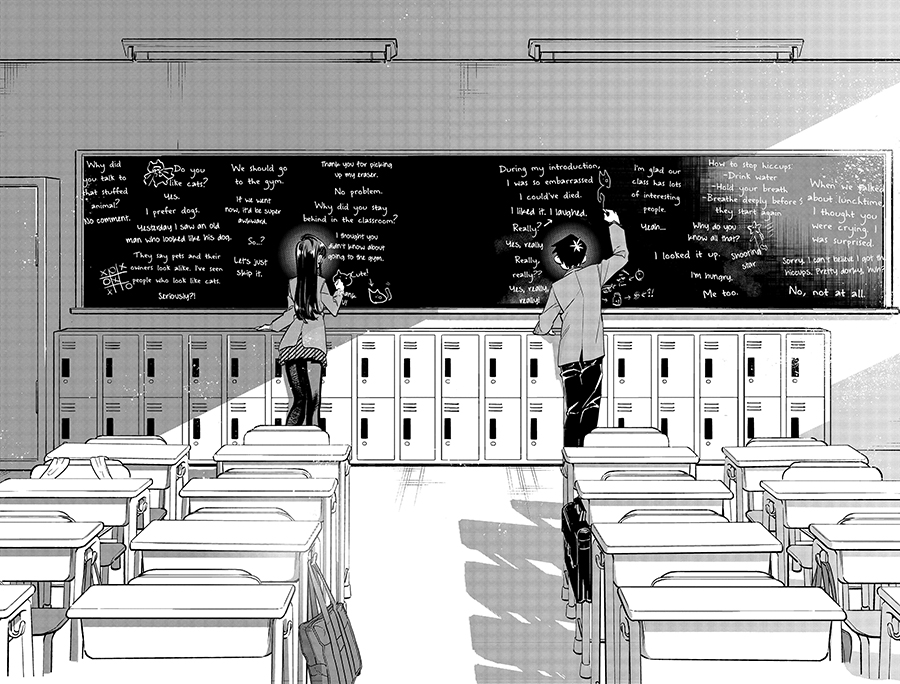 Social anxiety is something many people face, and the popular new manga Komi Can’t Communicate looks at the issue through a comedic lens. Komi is the girl at school the other students admire for being so cool and pretty. However, she is unable to talk to them, and they don’t even seem to notice.

Hitohito Tadano is new at Komi’s school and is trying his best to fit in. But he invariably ends up as Komi’s only friend, the only person who realizes she’s too scared to talk, and the only person she’s able to communicate with. They start out by writing notes to each other on the chalkboard. Even though her lack of communication might give the impression that Komi would rather be left alone, that’s far from the truth. Komi finally admits that she’d like to make one hundred friends, and Tadano instantly signs himself up for being the person to make this come true. 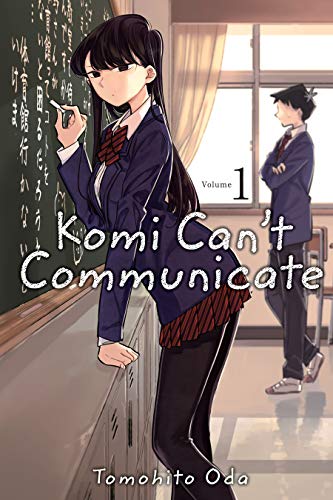 Komi Can’t Communicate has very short chapters (nineteen in all, plus a bonus) so it reads a little differently from a lot of manga. The jokes and scenes are quick as one thing quickly moves to another. Komi spends a lot of the book staring with huge eyes and no mouth, intimidated at the thought of talking to anyone.

Making one hundred friends is slow going, but Tadano does his best, getting Komi around both another girl with severe social anxiety . . . and the most popular, sociable student around.

While the manga is funny, it does touch on how anxiety-inducing social skills can be for people.  A few times we see panels from the point-of-view of Komi or her new, also very anxious friend. For instance, one panel shows students all admiring Komi as she walks by. That’s what’s really going on. But then we see Komi’s perspective. From her point-of-view, we see creepy, whispering people staring at her from all around. Komi Can’t Communicate might be cathartic for people with high social anxiety, because it shows they’re not alone, and because it uses comedy to keep the subject from being too serious or depressing.