Kuromukuro [Review] – What To Do When Aliens Have Gravity Tech 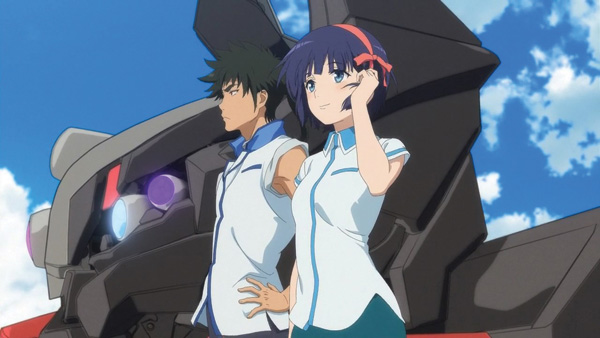 Decades ago, during the construction of the Kurobe Dam in Toyama Prefecture, the builders uncovered several mysterious Artifacts of unknown and possibly extraterrestrial origin. In the present day, a research facility sponsored by the United Nations has been established to study these Artifacts, resulting in breakthroughs in robotics and anti-gravity technology. Everything is going swimmingly for the teams of scientists, engineers, soldiers, and support staff—as well as their children, who attend the local UN school—until a vanguard of alien robots invades.

During the ensuing chaos, the daughter of the director of the research facility, Yukina Shirahane, unwittingly activates one of the Artifacts, which turns out to be a stasis cube. Out spills Kennosuke Tokisada Oma, a very naked and very confused samurai from a time period 450 years in the past. With Yukina’s reluctant assistance, Kennosuke charges into battle in the Kuromukuro, an Artifact which is actually a captured alien mecha. Together Yukina and Kennosuke confront the interloping forces of the “Oni.” 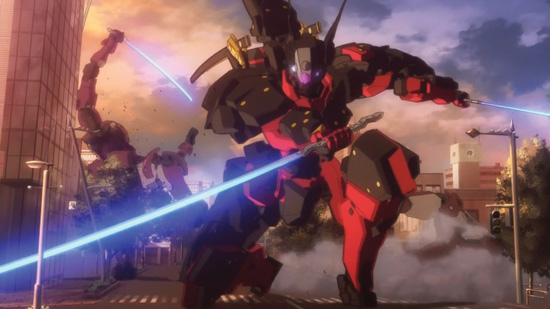 This is the premise of Kuromukuro, a 2016 mecha TV anime directed by Tensai Okamura and featuring animation from P.A. Works. Produced to celebrate P.A. Works’ 15th anniversary, Kuromukuro features meticulous production design, superb background artwork, excellent action choreography, and convincing, well-rounded characters. The action sequences are a well-realized blend of traditional and 3DCG animation, and the staging of the fight scenes is aided by one of the central conceits of the series: since the aliens have gravity-controlling technology, conventional ballistic weapons such as bullets, rockets, mortars, and missiles are ineffectual against them. Instead, Earth’s defenders are forced to engage the Oni in hand-to-hand combat, so all of the mecha in Kuromukuro wield massive swords and clomp around the battlefields like samurai in full suits of armor.

Although so far the series hews very closely to the typical narrative beats of the mecha subgenre—with key plot twists landing exactly where experienced fans would expect them to fall—Kuromukuro smooths over these rough edges with a subdued sense of humor and tiny character moments that feel entirely natural despite the high-concept science fiction setting. 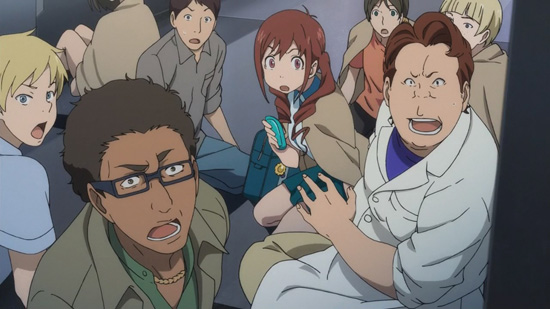 For example, during the Oni’s initial assault on the UN facility, a panicked scientist pauses just long enough to snap a picture of the invaders on his smart phone before fleeing for his life. Similarly, Yukina and her classmates behave like normal adolescents rather than gung-ho anime teenagers. Akagi, a classmate with a crush on Yukina, tries to become a mecha pilot more because he wants to impress her than because he feels a burning desire to defend Earth.

Another classmate, Kayahara, simply wants to milk footage of the alien invasion for hits on his YouTube channel. Yukina’s mother is constantly torn between her duties to her daughters and her work as the leader of a research facility under constant alien attack. Kennosuke’s culture shock toward modern innovations such as televisions, Roombas, and curry-rice is initially played for laughs, but the time-displaced warrior proves surprisingly resilient and he quickly adapts to his new circumstances. The emotional beats surrounding Kennosuke are some of the most poignant moments in the series so far, as he searches to find new meaning for his life in a world that has left him far, far behind. 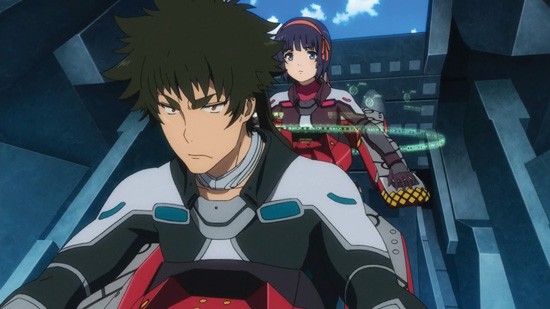 Kuromukuro is scheduled to run for 26 episodes, with the series divided into two cours of 13 episodes each. At the time of this writing, the second half of the series is currently airing in Japan, while the first 13 episodes are available on Netflix in the original Japanese language with English, French, Chinese, Japanese, and Spanish subtitles. Although Kuromukuro is not exactly breaking new ground in terms of science fiction/mecha storytelling, the care and craftsmanship that is poured into each episode is obvious. The story itself may feel familiar, but there’s great value to be found in the skill with which it’s told. Recommended. 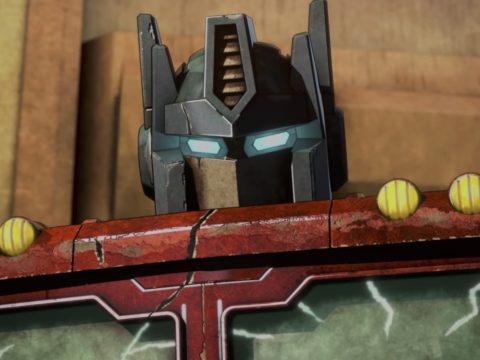