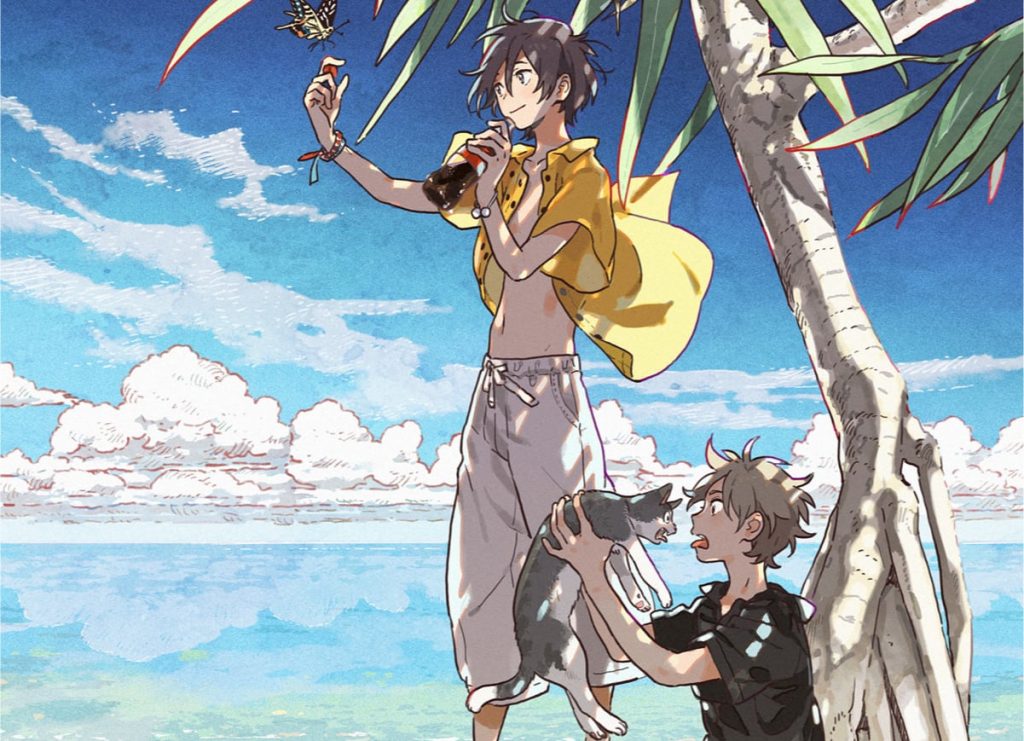 L’étranger du Plage, also known as Umibe no Étranger or Stranger on the Beach, a boys love manga from Kanna Kii, is being adapted into an anime film.

That film, directed by Akiyo Ohashi (Sakura Capsule), is set to hit Japanese theaters in summer 2020.

Along with the announcement came a short teaser trailer and a visual illustrated by Kii.

The tagline, “if these two are together, things will be all right.”

The two in question are Mio and Shun, who meet on a remote island in Okinawa and are reunited three years later.

The original manga ran in 2013, and was followed by a sequel.

Aside from Ohashi, the film will be crewed by original creator Kii, serving as supervisor and character designer. It’ll be animated at Studio Hibari. 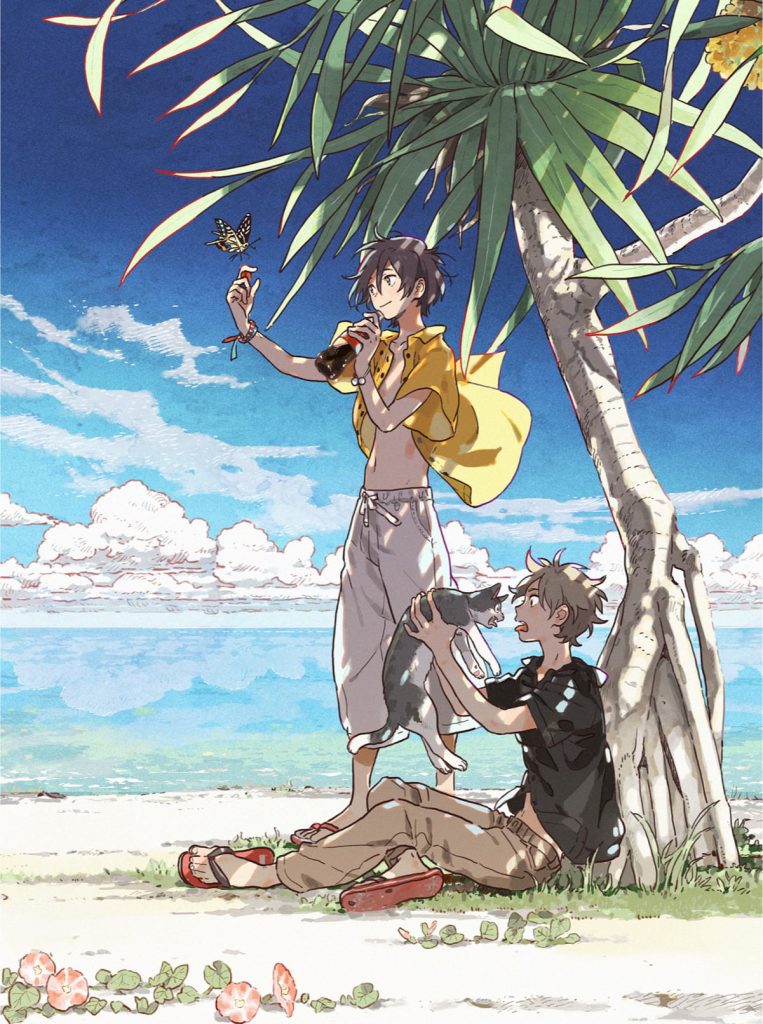