Liar Lover Manga is More Than Meets the Shojo-Ai [Review] 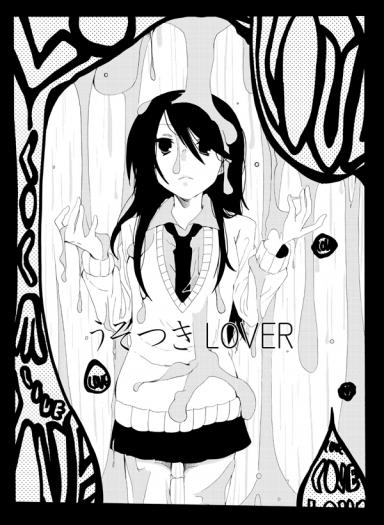 With Liar Lover, not everything is as it first appears. The manga opens with two girls in a nasty fight, but then traces back to how they became a couple.

It starts with Sawako accidentally spilling hot cocoa on Minami. Sawako is flustered and wants to make everything better for Minami, but Minami does not even have much of a reaction to it. That gets Sawako thinking about how nice Minami is, though it’s not really clear why she thinks the other girl is so nice. Shortly afterward Sawako buys Minami new clothes to make up for the ones she spilled on. The two start hanging out together for lunch at school and things just progress from there. The girls share a first kiss, and there are a few suggestive shojo-ai pages. It doesn’t have an age rating, but if it did, it would probably fall into the category of 16+ used for manga.

Eventually the story leads back to where we were in the beginning. There’s a lot not told, so it’s more implied and intriguing. The manga is a doujinshi and comes out at 36 pages, and this makes it really feel like a vignette that gives a little slice of life look at these two characters. In other words, while there’s not a whole lot that happens, some of the things that do happen are unusual and provocatively done enough to make it memorable. This isn’t a sweet, soft love story, but something a little darker. Likewise, the art is not the fragile, pretty art sometimes seen in manga with female leads. It’s a little sketchier, a little edgier. It’s hard not to give things away.

This is another one of the new titles being released by LILYKA, Digital Manga Inc’s new yuri and shojo-ai line of manga. It’s available as a digital title only and can be gotten from the LILYKA website or emanga.com.