For most of Keiko Suenobu’s Limit, the girls have been contending with both the elements and rifts initially caused by their various social standings back at school. Thus, despite some grey areas, the main antagonist role fell to Morishige, an outcast in school who no one wanted to give the time of day and was consistently shunned. That power dynamic shifted in the forest following a tragic bus crash, and it’s been shifting once again with these last two volumes. Now a very real threat rears its head, as everyone panics over the murder of one of the girls, Usui.

It all seems a little too suspicious that one of the school’s boys, Haruaki, showed up shortly before Usui met her end. Mizuki Konno—our lead and acquaintance of Haruaki thanks to a brief stint on the swim team—doesn’t want to believe it, though, and spends some of volume five trying for a bit of alone time in an effort to get answers.

Without spoiling anything, I’ll say Keiko Suenobu’s art and attention to detail when going for big, suspenseful reveals is at its best in this volume. The overall mood is different from before, and it’s clear that things are coming to a head prior to the next and final volume. Some of what transpires is a tad too telegraphed, though, and once things are finally revealed there’s a massive, and somewhat underwhelming, lift of tension. But that won’t stop me from looking forward to this summer’s release of volume six.

See how difficult it is to talk about this portion of the series without ruining anything? I’d hate for any of Limit‘s build-up to be lessened for new readers, so I’ll just close by saying that Suenobu’s work is among my favorites in Vertical’s current stable of releases. There’s also a live-action drama adaptation in the works, and if done properly this is the perfect source material for that. Limit‘s occasionally flowery shoujo appearance cleverly belies a brutal tale of cutthroat survival, and it’s one that pretty much anyone should be able to dig. 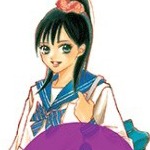 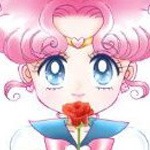 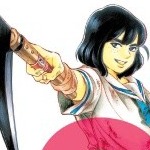 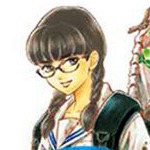 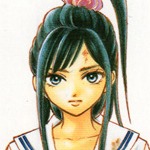