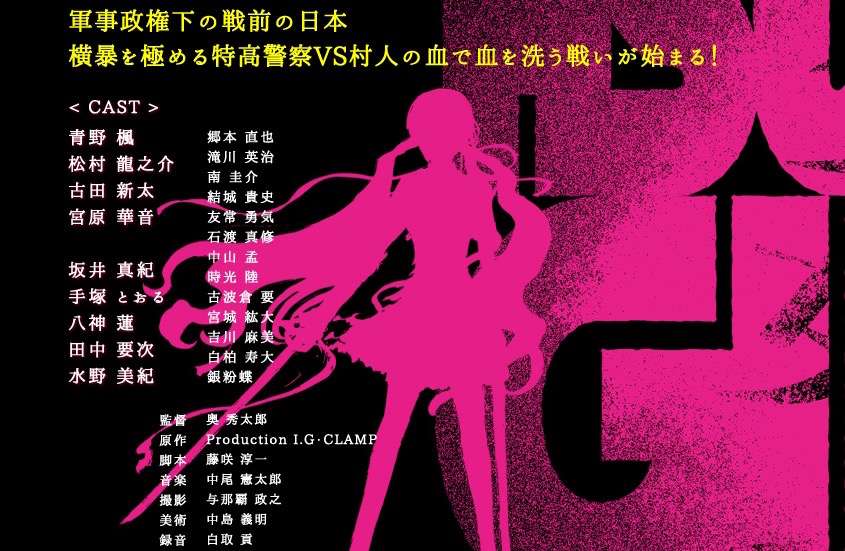 CLAMP and Production I.G’s anime series Blood-C is the next to get the live-action treatment. A film adaptation was announced on the Asura Girl Project website, with a Japanese premiere set for early fall.

The Blood-C movie will have an original story that follows a conflict between villagers and Japan’s Special Higher Police Forces prior to World War II. Shutaro Oku (Persona 3 and 4 stage plays, 2015’s Blood-C: The Last Mind play) is lined up to direct, with scripts by Jun’ichi Fujisaku (scripts for the 2011 Blood-C TV anime and stage play).