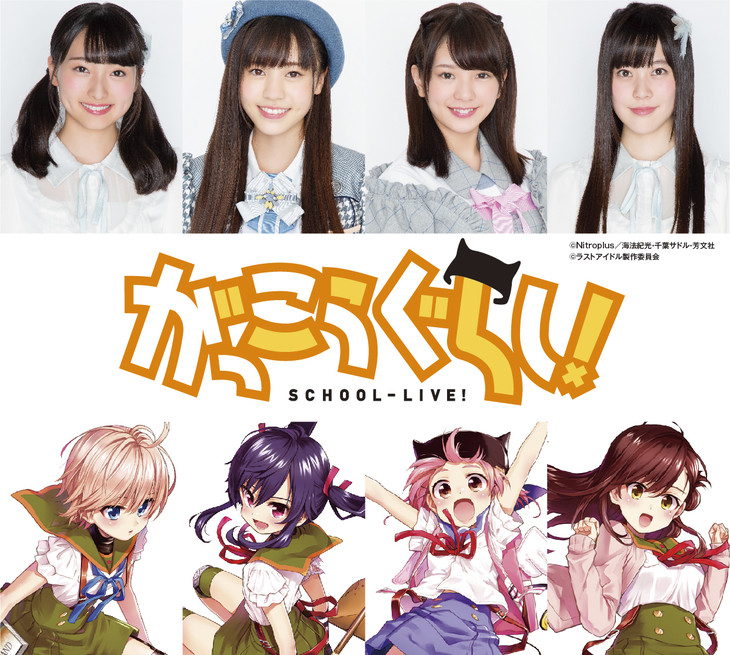 Last year, we reported that manga School-Live! would be making the move to live-action.

Now the four main stars of the live-action film adaptation have been revealed.

Director Issei Shibata (The Chasing World) said of the four actors: “There were a lot of talented people in contention, so it was a hard choice. I chose these four for their acting ability, plus how well their looks and ages fit the original manga.”

School-Live!, which is written by Norimitsu Kaiho and illustrated by Sadoru Chiba, began serialization in 2012 in Manga Time Kirara Forward magazine. It was adapted into a 12-episode anime series in 2015.

Meet the members of the School Living Club! There’s the shovel-loving(?) Kurumi Ebisuzawa, the big-sister figure Yuuri Wakasa, club advisor Megumi Sakura, and last but not least, the ever-optimistic Yuki Takeya. The School Living Club is just your average after-school organization where the girls hang out, have fun…and live at school as the sole survivors of a zombie apocalypse. NBD.