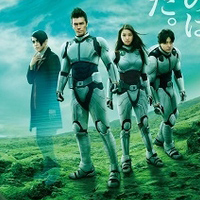 Back in February, it was announced that cult director Takashi Miike (Ichi the Killer, Yatterman) would be directing a live-action adaptation of the sci-fi manga Terra Formars. Since then, information about the film has been trickling in, but no visuals from the film had been released.

Today we’ve been given the first glimpse at what the Terra Formars film will look like courtesy the film’s first teaser poster. The poster shows the film’s cast being peered at by one of the series’ antagonists, the giant mutant cockroaches called Terraformars.

That cast, by the way, is made up of Hideaki Ito (Sukiyaki Western Django), Emi Takei (Rurouni Kenshin), Takayuki Yamada (Bakuman) and Shun Oguri (Lupin III). 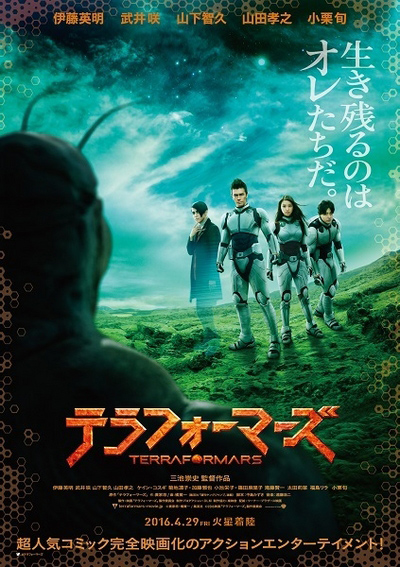