The Twists of Fate Come Fast and Furious in The Love Stage!! Anime 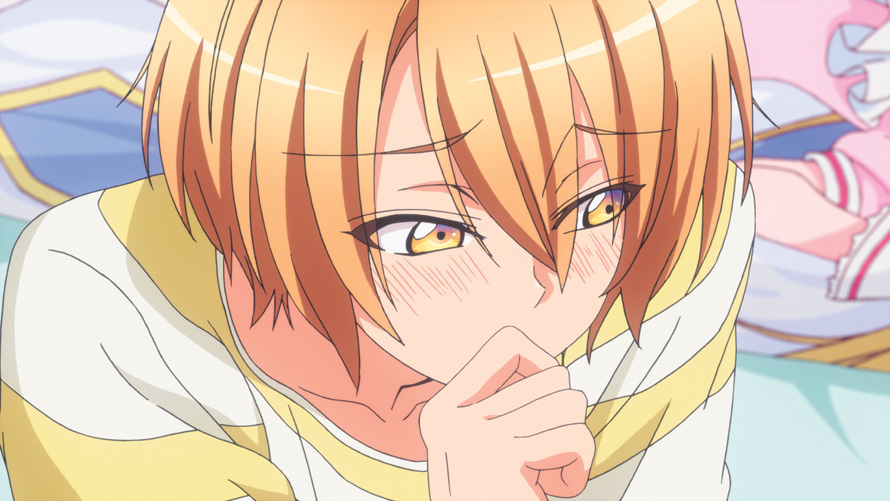 If a single butterfly chooses to flap its gossamer wings in the rainforests of Madagascar today, will a tornado touch down in the Great Plains in the afternoon of the third Thursday next month? According to the branch of mathematics known as chaos theory, the tiniest variations in conditions and occurrences, no matter how seemingly insignificant, can lead to drastically different and unpredictable outcomes in the future. This applies not only to invertebrates and weather phenomena but also the lives of humans. None among us know just how altered our lives would be if, say, a chance meeting never took place or a random selection based on a whim went another way.

This lights up the imaginations of some, with fanciful thoughts of parallel universes and manipulation via time travel, but for others, there is a quiet, yet palpable, sense of appreciation, knowing every positive turn was a gift. In J.C. Staff’s anime adaptation of the boys’ love manga series Love Stage!!, it may be a bit early for the cast to have such musings, but one thing is certain—the butterfly effect is out in full force, with a mischievous sense of humor. 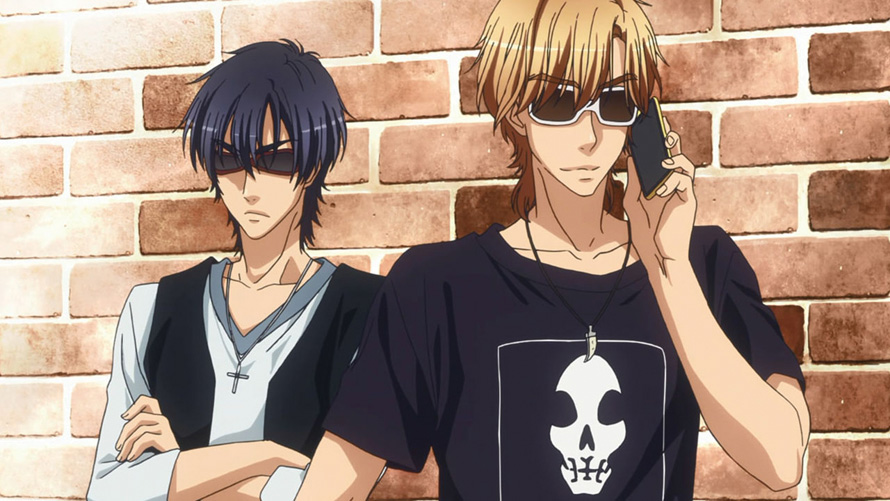 The first twist of fate in Izumi Sena’s life was being born into a most exceptional family. His father, Seiya, is an acclaimed voice in the realm of musical theater, and his mother, Nagisa, is a major film and television star. Meanwhile, Izumi’s brother, Shougo, seven years his senior, wins hearts as the vocalist of CRUSHERZ, a rock band topping the charts. Indeed, Izumi’s existence is steeped in the glitz and glamour of showbiz. Even his grandparents were entertainers, so given this lineage, the Sena family expects Izumi, now 18, to follow suit. After all, with their own talent agency, Sena Productions, it couldn’t be easier to open this door for Izumi. The only problem? Izumi has horrendous stage fright and would rather drift through college than step into the spotlight.

That’s not to say Izumi has never done so, and herein lies his aversion. Ten years ago, Izumi found himself on the set of a commercial shoot for the bridal ­magazine Happy Wedding while his parents played the roles of the bride and groom. The plot of this spot had a young girl, beside a young boy, catch the bouquet thrown by the bride, but a canceled flight left the crew with no child actress. To Izumi’s dismay, Nagisa volunteered her timid son for the part, and after the stylists had their way with him, Izumi made for a thoroughly convincing little miss. 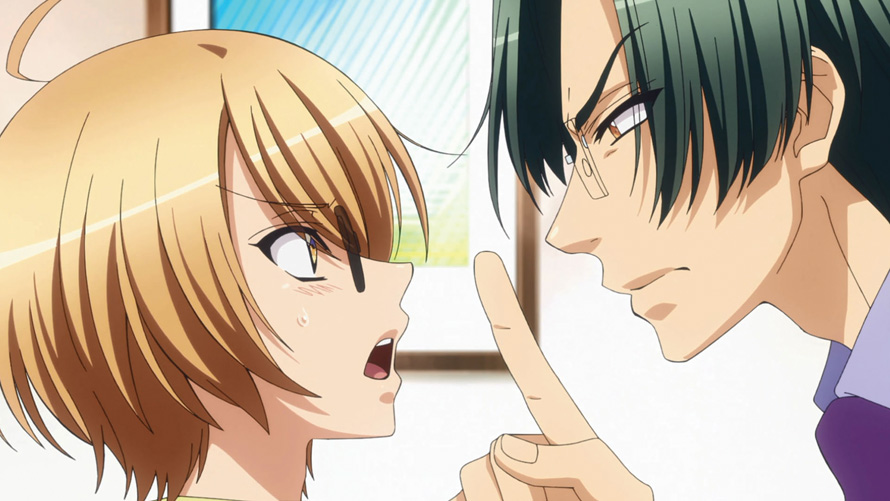 As if this wasn’t embarrassing enough for poor Izumi, he missed the flowers on the first take, and the shock of this public failure had him wet himself. The commercial was successfully completed in the end, after Izumi received encouragement from his child costar, but the humiliation of this experience bred a deep-seated trauma that only built on Izumi’s naturally introverted tendencies. As a result, Izumi grew up into an antisocial otaku whose only goal is to become a manga artist like Miyabi Saotome, the creator of Izumi’s beloved Magical Angel Lala-Lulu.

As Izumi aged, so too did the lad who stood alongside him in the ad. But that boy, Ryouma Ichijou, traveled a road vastly unlike Izumi’s. Committed to being an actor, Ryouma kept his nose to the grindstone, even as offers dwindled, even enduring harassment. The only thing lending Ryouma the strength to carry on was the memory of the bright smile and striking eyes of the “girl” he met on that one fateful day, and his determination eventually earned him the title of the hottest rising star in Japan. Harboring a crush for a decade, Ryouma jumps at the opportunity to film a 10th anniversary commercial for Happy Wedding, and with his current clout, he insists the entire original cast return. Bribed with Lala-Lulu goods, Izumi begrudgingly agrees, gaining Ryouma his much-desired reunion with the “girl.” 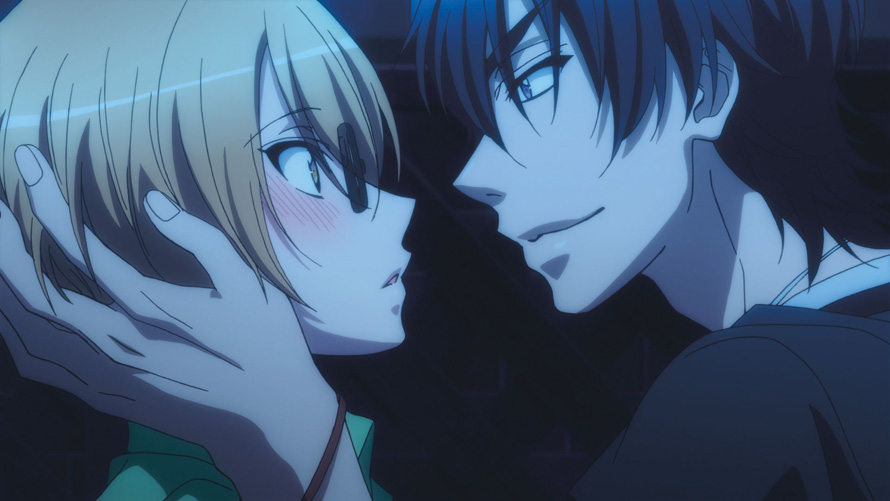 From here, Love Stage!! spirals into a madcap rom-com, with a perfect amount of drama to give weight to the developments between Izumi and Ryouma, though the meager 10 episodes afforded to the series move the story along at a pace that occasionally feels unnatural, despite covering a mere three volumes of the manga source material. But even if Love Stage!! could’ve benefited from a couple more episodes, it makes the best use of what it has, including its budget. The art is consistently solid, a step above the average boys’ love show. Part of this is likely due to stylistic choices that lessen the workload, such as leaving inconsequential background characters uncolored, but this comes off more like a technique to direct focus than a shortcut.

While Izumi and Ryouma’s relationship has its early missteps, which some may find disconcerting, Love Stage!! is overall a light tale, lacking the particularly heavy themes that often crop up in boys’ love. In fact, Love Stage!! has a distinctly shojo air about its visuals and storytelling, making it a good entry point for hesitant boys’ love newbies, in addition to being a breath of fresh air for established fans of the genre, and the latest home video release further expands the appeal and accessibility, by providing a brand new English dub. Even with a half decade under its belt, with more direct competition debuting in the meantime, Love Stage!! still stands out among the crowd, just like the enchanting celebrities it portrays.