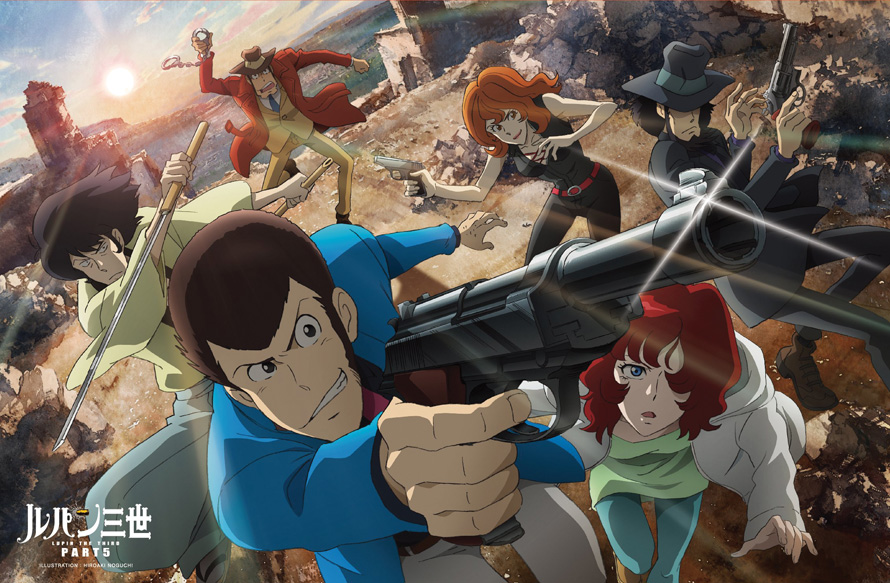 After 50 years, Lupin is the gentleman thief that keeps on thieving in Lupin the THIRD Part Five!

It’s not uncommon anymore to see a franchise slide right through its 50th anniversary and keep right on trucking. Western entertainment has hailed through Doctor Who and Star Trek in recent years, and Japan’s own Lupin III crossed the line two years ago. 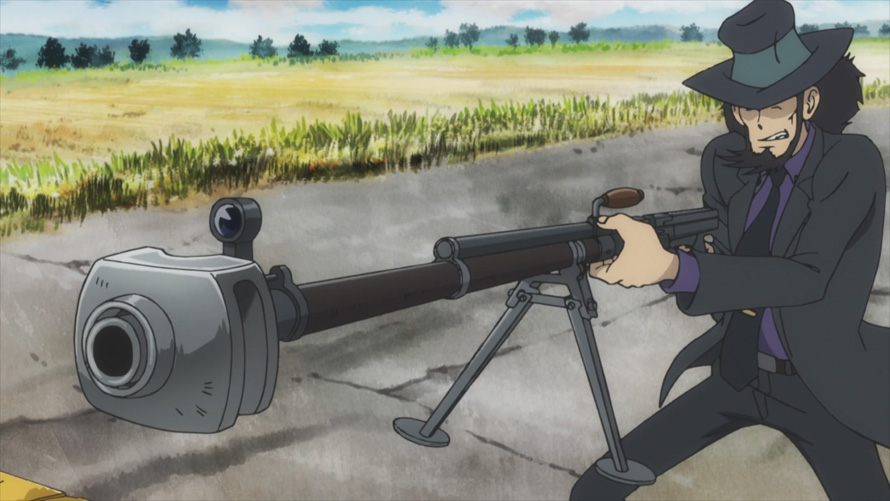 Within four years of its release, Lupin III spawned a TV series, followed by its first film in 1978. Fifty-two years later, Lupin has 37 film and TV features and six series to his name, and has passed through the hands of everyone from Hayao Miyazaki to Takeshi Koike. And the thief and his crew keep showing up everywhere, from live-action films to video games to special events.

Just shy of the franchise’s 50th anniversary, Lupin came back full-time with the Japanese-Italian co-production Lupin III Part 4. The adventure moved to France in Part 5, which landed in 2018 and brought the Lupin gang’s antics firmly into the digital age. But after half a century, what’s left to explore? As it happens, quite a lot. 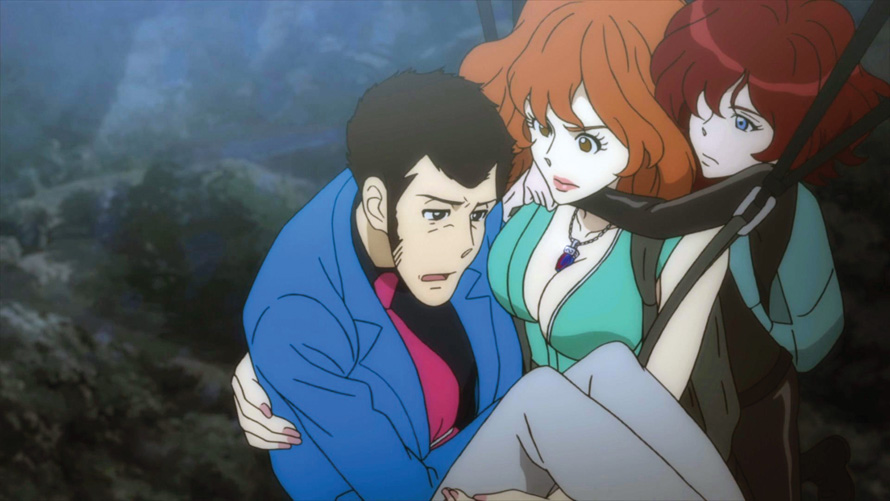 Our Boy in Blue

Every TV era of Lupin III puts its own spin on the story, to the point that fans classify his personality based on … well, his jacket. The first three seasons put Lupin in a different sports jacket each time—green, red, and pink, respectively—leading to a general consensus that you can tell what brand of Lupin you’ve got at any given time based on his wardrobe.

Red Jacket is sly, silly, and action oriented. He’s the Lupin of The Mystery of Mamo, whose mind was unreadable even with a high-end mind-reading machine because it was full of thoughts of naked women. Lupin in all his modes sticks by a certain code of ethics, but he has a bit more fun toeing the line here.

Green Jacket is kinder, big hearted, and (slightly) less violent. He’s the Lupin of The Castle of Cagliostro, who puts aside a massive heist to rescue a captured princess locked in a tower. He’s always been a gentleman thief with a heart of gold, but the “gentleman” part takes the forefront a bit more. 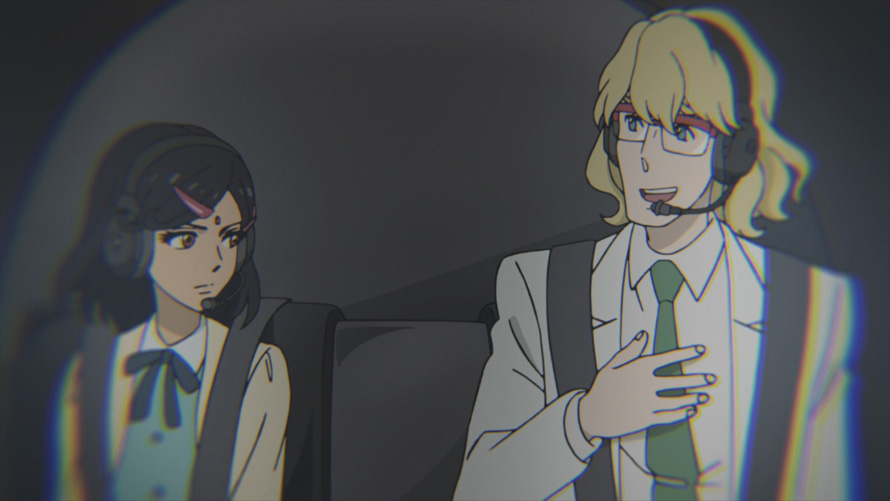 Pink Jacket is … kind of a mess. He’s a rarity in movies, and his episodes were seriously buckwild in ways very few viewers are prepared for.

When Lupin III came back to TV in 2015, he came back with a new jacket, too. So, would the change of clothes indicate another “mode” for the hero? Actually, yes—pretty solidly.

Blue Jacket Lupin of the modern seasons seems to bring the various aspects of his character into a much more even balance. He’s silly, yes, but the silliness is part of his image. He’s dangerous: his personal code of ethics still applies, but he’ll get as scary and violent as he needs to in order to get things done. Most of all, though, he’s intelligent, and that’s a fact about Lupin (and his whole gang) that doesn’t always get a lot of demonstration or discussion. 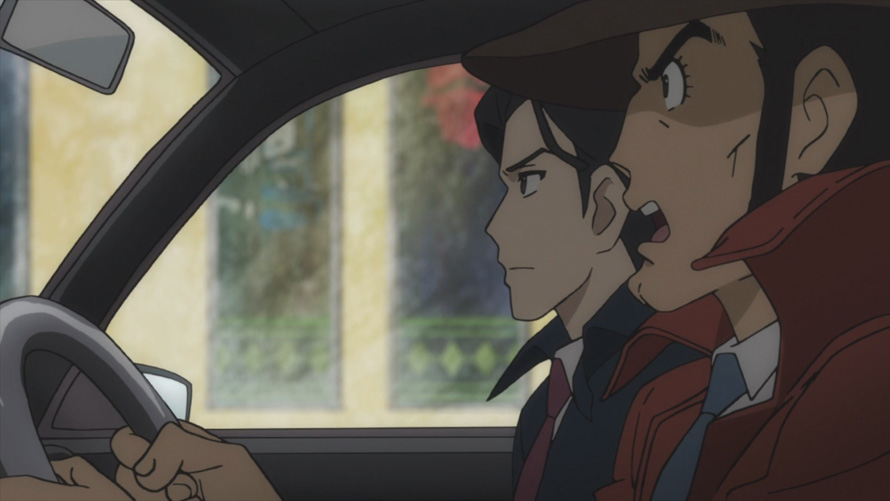 In the second half of the Italian run, the show’s primary antagonist was Leonardo da Vinci.… Well, all right, it was slightly more complicated than that. But in the grand scheme of things, Lupin III was facing off against Leonardo da Vinci. The encounters saw Lupin, his allies, and his enemies all put to the test when it came to intellect. In fact, even before Leonardo’s grand entrance, there were constant references to the power of one’s mind.

With Part 5, that focus on intellect is ramped up even more. Our temporary Lupin gang addition, Ami Enan, is a genius hacker whose skills are both appreciated by and useful to her new associates. Even in her absence, though, we see more than ever just how intelligent the crew is. Rattling off information on historical events and world governments with the ease of a fan reciting facts about a favorite show is par for the course throughout the episodes.

Make no mistake, Lupin’s goofiness is still intact. There’s one entire episode devoted to the fact that he drunkenly let Fujiko into his secret hideout the night before and has no idea why she’s so cross the morning after. But we’re never allowed to forget that that isn’t a constant: it’s just one facet of an otherwise terrifyingly capable person. 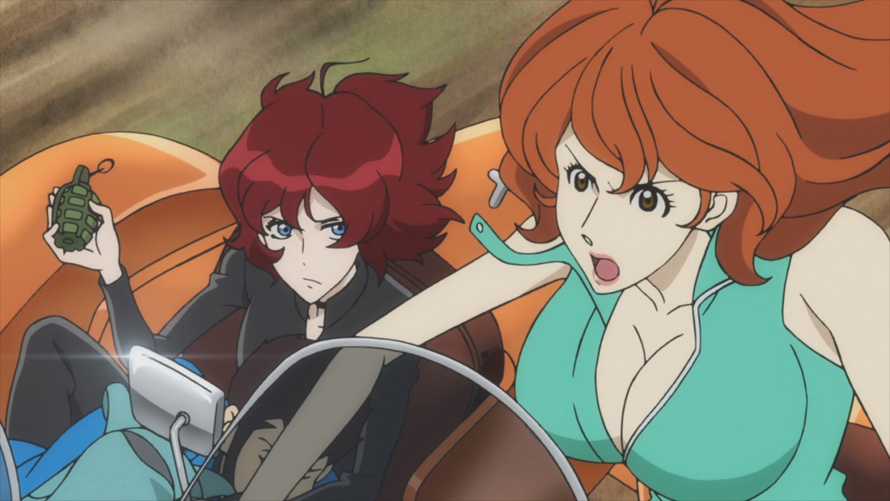 Speaking of those different jackets, Part 5 makes good use of all of them—thanks to retro episodes written, drawn, and directed in the style of previous seasons.

In between the story beats of the season, we get brand new stand-alone stories conforming to the style of previous iterations. That means the character designs, the relationships between characters, the music, the art … heck, even the type of story is consistent with each particular era. There are also some Blue Jacket filler episodes, but these tributes are a treat. 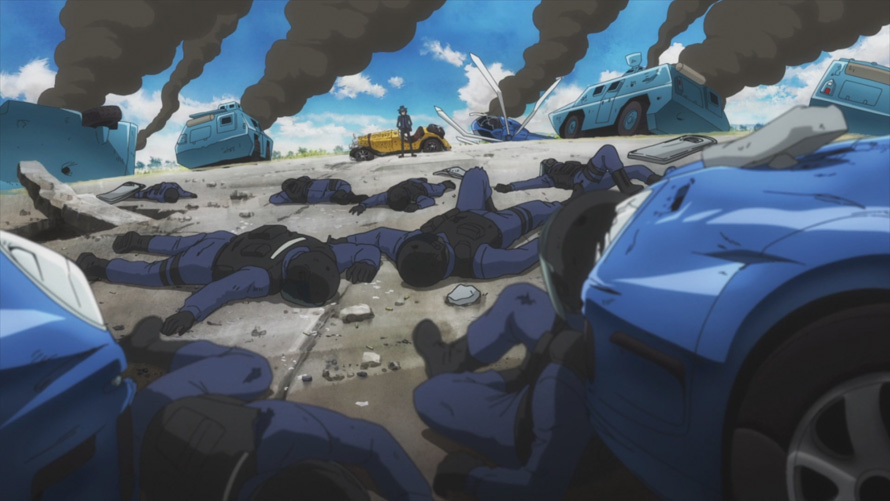 Later episodes bring the goods, though. In particular, the Green Jacket episode Introducing Detective Jim Barnett III shines, placing Lupin in the service of an old woman trying to find her husband’s killer. Disguising himself as a detective—the disguise consists of changing his tie and wearing glasses—Lupin shows his skill when the shoe is on the other foot. He’s an adept investigator and, as hinted at by his choice of wardrobe, a big-hearted individual at the end of the day.

The throwback episodes are pitch-perfect for their choice of era, to the point that one might initially suspect they’re remakes of existing episodes. But the adventures are completely the product of the latest season, with care taken to make fans feel as though they’re genuinely dipping back into those earlier eras. Stepping backward isn’t all the show does, though. The newest TV run of Lupin III makes it a point to evolve, in more ways than one. 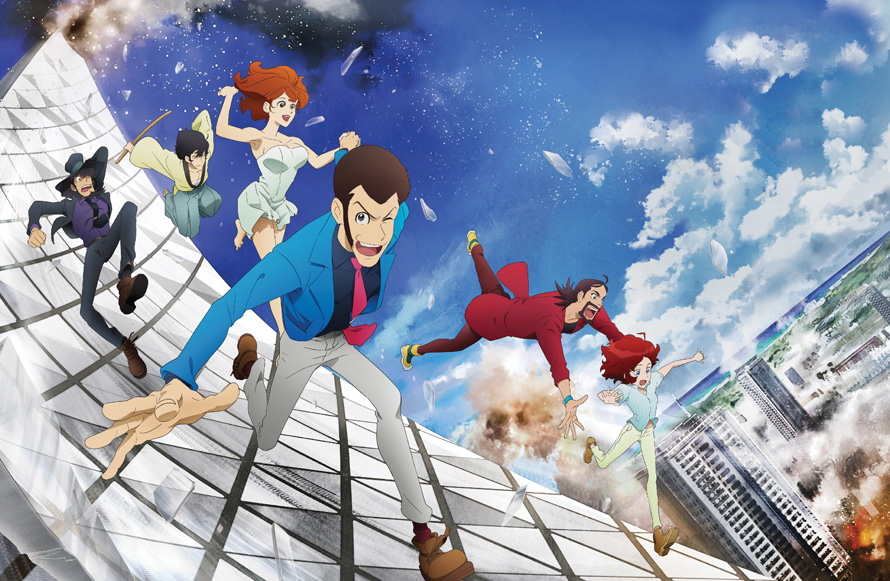 Lupin has never been behind the times, even as his status as Arséne Lupin’s grandson becomes less and less feasible with every passing year. He moves with the times, and any movie or TV episode can be fairly quickly placed by its use of technology. However, Part 5 is notably Lupin’s first encounter with the full gamut of 21st-century tech … especially the modern marvel that is social media.

The early stages of his adventures in France are shaped by his very own hashtag game. This so-called “Lupin Game” eventually requires the use of everything from drones to AR filters to outwit, though a bit of good old-fashioned social engineering doesn’t go amiss. And this whole situation went down in the first place because of the prize on which Lupin has his eyes set: a huge stash of cryptocurrency.

The 2018 season marks the first time the show has really sunk its teeth deep into the state of contemporary technology; and it’s a perfect time to do so, as advances are being made daily and Lupin’s thieving needs can be met by tech that either already exists or isn’t outside the realm of possibility. It’s also good to see that, despite his half-century vintage, he’s no slouch when it comes to modern times. 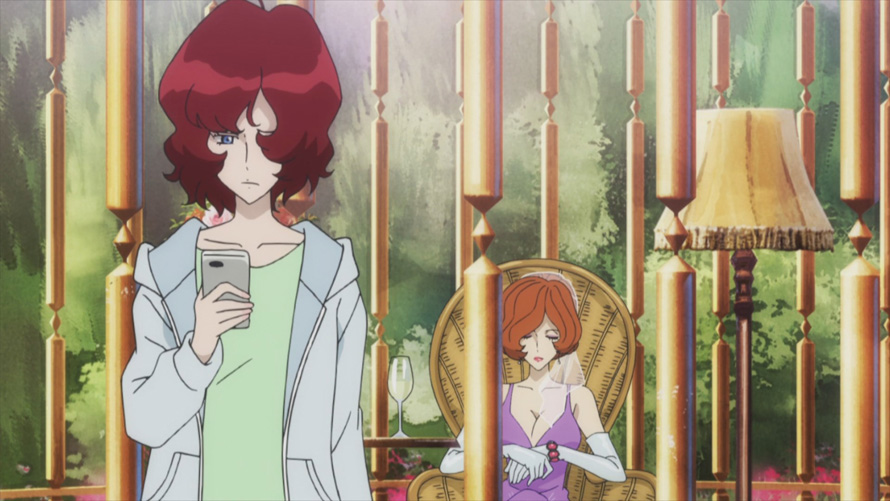 The tech isn’t all that’s moving on, though. The interpersonal relationships have been largely (and understandably) stagnant over the last 50-odd years. And that’s understandable: they’re a group we should be able to check in on at any time and know what we’re getting. But Part 5 treads on that mentality in a big way when it comes to one of the franchise’s most unpredictable relationships: the on-again, off-again status of Lupin and Fujiko.

Part 5 sees the pair uncharacteristically cold toward each other—though Lupin going off and marrying someone else in Part 4 might have something to do with that. The marriage is off, leaving Fujiko to ask Lupin a question we’ve all been wondering about for quite some time: what are they to each other? A bold move for a show whose bread and butter is accessibility and predictable interactions, but one that shows the franchise isn’t afraid to play with its existing elements.

Where does Lupin III go from here? Frankly, anywhere it wants. Recent films are bringing back the vintage feel that made The Woman Called Fujiko Mine so eye catching, and the Blue Jacket era is proving that there’s room, and material, enough for Lupins of all times and places. At this point, it’s just a matter of when.

Lupin the Third Part 5 is currently available to stream on Crunchyroll.