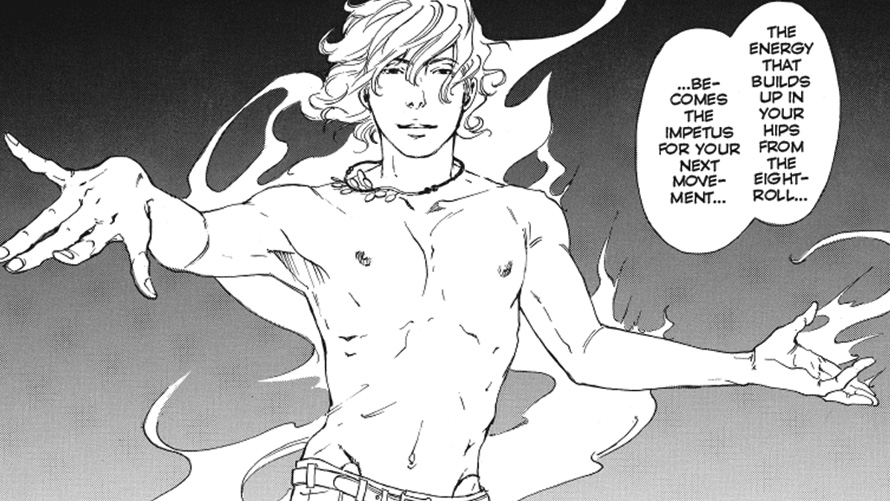 Class meets sass in this scorching slow-burn BL romance. Professional dancer Shinya Sugiki is the emperor of Standard Ballroom; while he consistently places second in international tournaments, he’s treated as a star in Japan. Shinya Suzuki is the king of Latin Dance, and his flashy style and incredible skill have propelled him to National Champion in Japan—”a small fish in a big pond,” as Sugiki says.

One day, after a competition, Suzuki is surprised to be approached by Sugiki, who goads him into accepting an athletic challenge, the 10 Dance. Couples perform all the dances in the traditional ballroom repertoire, both Standard and Latin, a grueling day-long competition that adds up to 40 dances. Fiery Suzuki rises to the bait, and soon he and his partner Aki are dancing their nights away, learning to waltz, quickstep, and foxtrot, while the cool Sugiki tries to learn the passionate samba, rumba, and cha-cha-cha. In order to learn the moves well enough to lead, Sugiki and Suzuki dance with each other while the two women practice on their own. And the hips don’t lie: Sugiki and Suzuki have undeniable chemistry on the dance floor. 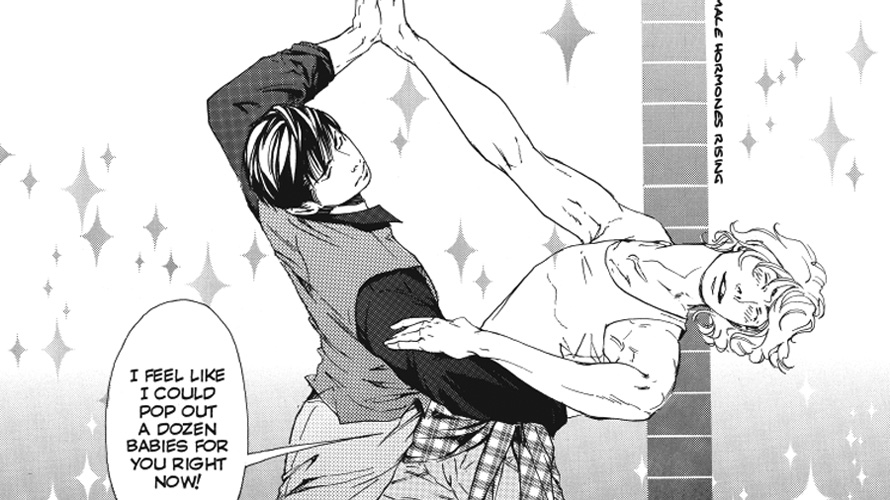 In this smoothly confident romance, Inouesatoh masterfully stokes the heat between Sugiki and Suzuki, and readers will be dying to see them combust. There’s a 1940s screwball romantic comedy quality to their repartee, albeit with more dick jokes. Kinetic pen and ink work give the art dynamic, fluid energy as graceful as dance itself. The elegant close-ups of hands and 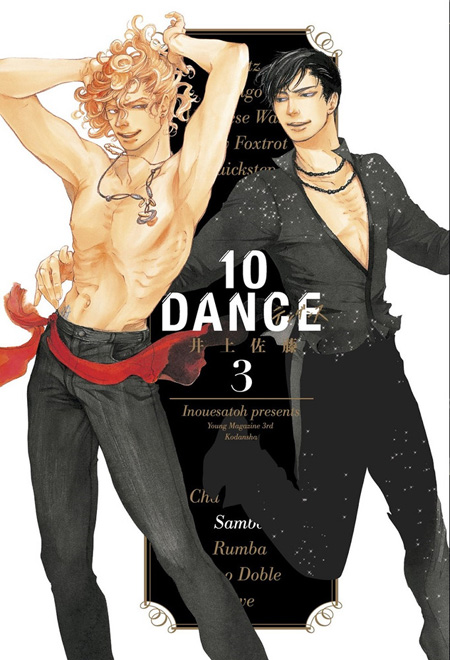 striking poses are probably photo-referenced but look lively and spontaneous. The character designs are realistic, but the linework is never stiff. Inouesatoh’s anatomy is on point, and the reader gets treated to more than one scene of Suzuki without a shirt on.

That said, 10 Dance does fall prey to some of the flaws in other BL manga. The women in the book are sidelined and even their character designs are bland. Aki and Fusako, the two leads’ female dance partners, are distinguished only by a slight height difference and different haircuts. The similarity of the main characters’ names is also a bit confusing. But, flaws aside, 10 Dance is a riveting and fun read with beautiful art and plot that promises drama as hot as a the tango. Recommended.