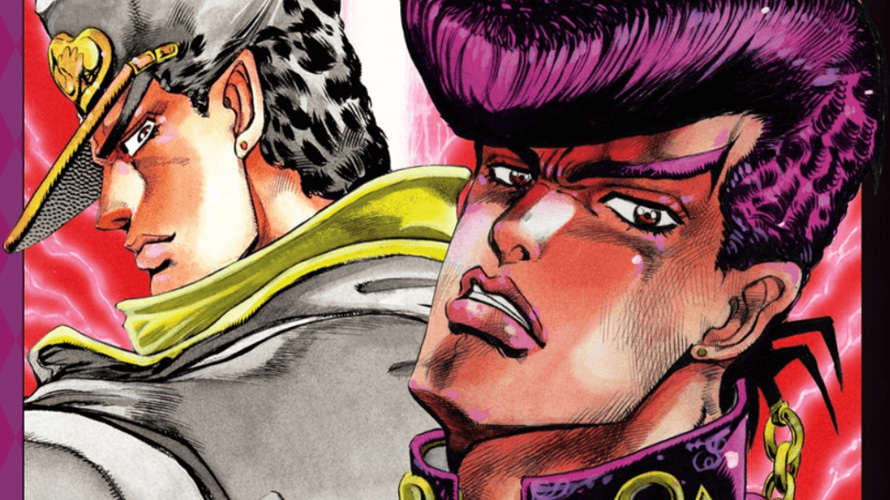 Typically, when the ultimate opponent in a shonen battle manga is vanquished what follows must either pale in comparison to or escalate dramatically from whatever came before. But Hirohiko Araki elected to follow up the globetrotting third story arc of JoJo’s Bizarre Adventure, in which recurring archvillain Dio is finally vanquished, with a completely new tale so much closer to home it’s basically in his backyard. Diamond is Unbreakable is set in the then-future year of 1999, in a fictional small Japanese town called Morioh that happens to resemble Araki’s own hometown of Sendai. 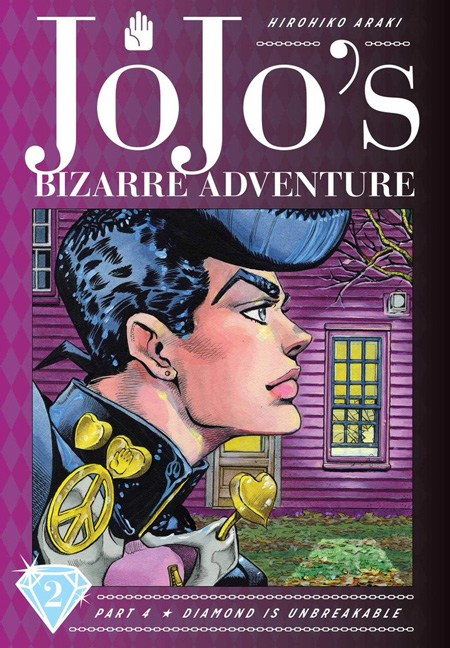 Volume 1 of this six-volume hardcover omnibus edition serves as an introduction to our new JoJo, 16-year-old Josuke Higashikata, who resembles the late musician Prince circa 1992 (the original year of this manga’s publication). As we repeatedly see through these early chapters, Josuke is fiercely defensive of his pompadour hairstyle, and like Jotaro before him commands a spiritual projection called a Stand. Josuke’s Stand is known as Crazy Diamond and PUNCHES THINGS RAPIDLY.

For legal purposes, Crazy Diamond and some of the manga’s countless other musical references are altered slightly in dialogue even though the artwork itself is unedited; for example, the Stand named Bad Company is changed to “Worse Company” even though the guy’s clothes are still emblazoned with the original name. Crazy…-er, Shining Diamond’s abilities to repair objects and PUNCH THINGS RAPIDLY will come in handy considering this small town is suddenly home to a highly concentrated bunch of Stand users, both friend and foe.

Color pages, bonus illustrations, character bios, and dog mutilations are all retained from the original Japanese release. If you were ever curious about what inspired the Persona series or just want to unwind with a story of dumb kids fighting their serial killer neighbors in spectacular psychic battles, this edition is the one you’ll want to keep on your shelf. Recommended.