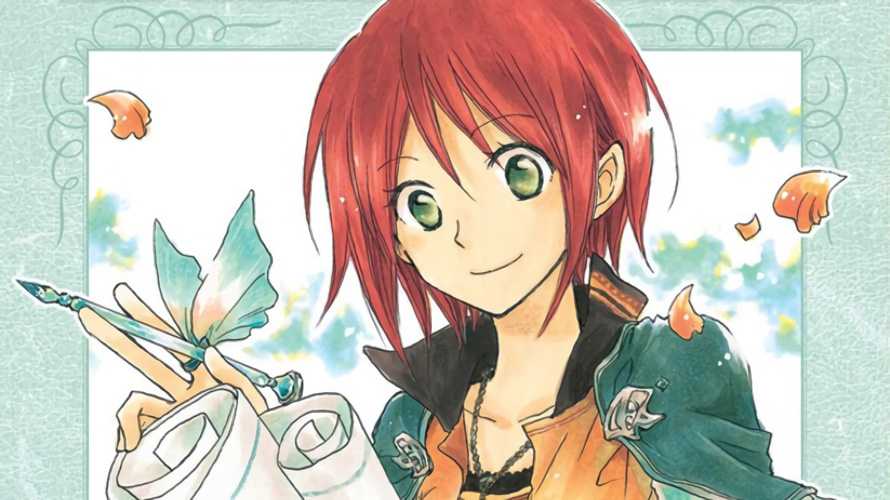 After a long wait, shojo manga fans finally get the chance to read Snow White with the Red Hair, published by Viz Media under the Shojo Beat imprint. The TV anime from Bones might be a few years old now, but the manga is still ongoing, now at 19 volumes since its debut in 2006. Newer shojo titles have come and gone in the meantime, but this storybook romance hasn’t aged a day.

Snow White with the Red Hair plays on the classic “mirror, mirror” line from the fairy tale before diverging into its own story. Snow White, or Shirayuki in Japanese, is an assertive young girl with apple-red hair, a trait so rare that it draws the attention of a boorish prince who aims to make her his concubine. After going into hiding in the woods, she meets a distrustful boy around her age, Zen, who refuses her aid in mending an injury. To prove a point, Shirayuki recklessly cuts herself on his sword and heals herself to show that her medicines aren’t poisonous. Obviously, after a meeting like this, these two will find their destinies intertwined or it wouldn’t be a shojo manga.

Artist Arata Akiduki employs a few clever takes on the original fairy tale’s imagery, most notably Shirayuki’s red hair to substitute for the iconic apple. The element of poison takes the benign form of Shirayuki striving to become an herbalist of sufficient rank to be appointed as a member of the palace court. There’s light political intrigue throughout, but for the most part the story is centered on Shirayuki and Zen, who turns out to be a prince. Red hair or not, Shirayuki is a commoner, and all kinds of forces come into play to keep her away from Zen. However, a headstrong girl like Shirayuki always finds a way out of a pinch, demonstrating a surprising amount of courage and quick thinking against unfair odds. 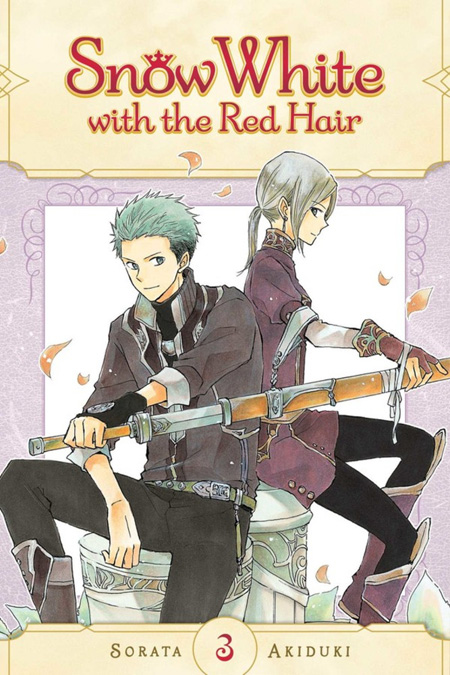 In the cutthroat world of manga where titles live and die by readership numbers, it’s endearing to read the artist’s sidebar commentary on the manga’s origins as a one-shot title. Reading between the lines, it sounds as if she didn’t have long-term plans for Red Hair, and even by the third chapter she seems incredulous that readers took so well to the characters and the story. The artist may be exceedingly humble, but her characters really are very likable. A lot of noise is made over strong female protagonists, and Red Hair contains the shojo manga ideal of a character who can save her own skin while forming bonds with those around her.

Snow White with the Red Hair benefits from an artist creating something that truly makes them excited. The result is a manga that feels organic, and the characters, especially the red-haired lead, have a charisma that keeps the story comfortably alternating between familiar and original. Shojo manga readers won’t want to miss this one, and even those outside of that demographic may come away pleasantly surprised by this charming and accessible manga. Recommended.