[Review] The Wize Wize Beasts of the Wizarding Wizdoms 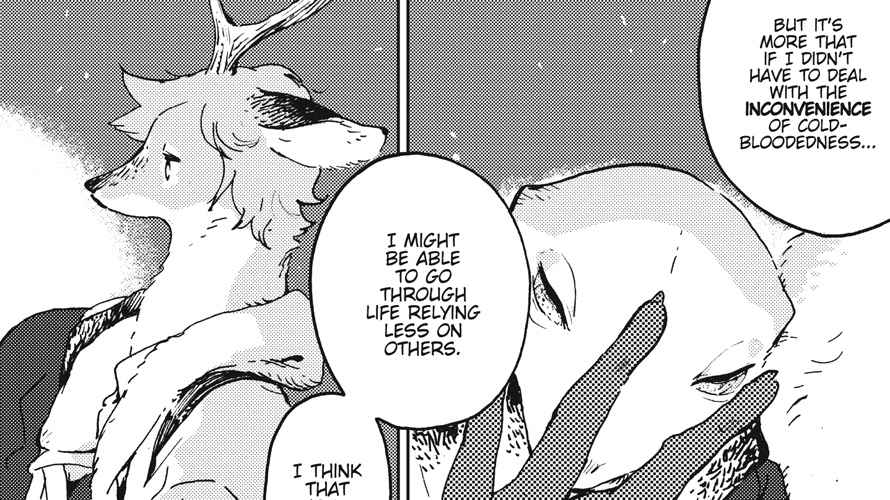 Nagabe’s delicate fantasy series The Girl from the Other Side, about a lanky monster and the little girl he raises in their forest home, is one of the most beautiful manga running today, with lacey artwork that suggests illustrations from an Edwardian storybook that never existed. He brings the same lovely, haunting look to Wize Wize Beasts, which is so gorgeous to look at and so elegantly told that it comes across as eminently respectable despite being, at heart, a Harry Potter-inspired furry BL manga.

In a world of anthropomorphic “demi-humans,” Wizdom’s School of Wizarding teaches spellcasting to magically gifted students. Visually, the school resembles the movie version of Hogwarts, with vaulted stone halls, classrooms cluttered with potions and grimoires, and students in crisp British-style uniforms. But it’s peppered with 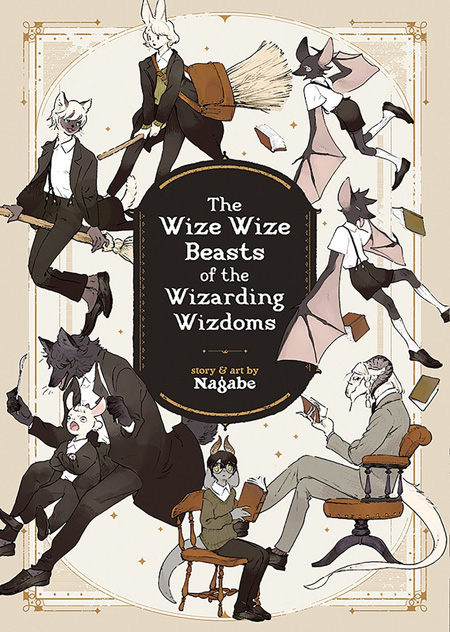 accommodations to the inhabitants’ nonhuman nature, like the cafeteria that serves tarantula sauté and anaconda pasta. Also, the student body consists mostly of charming young males in love. In a series of short stories, the manga drops in on such pairings as brilliant, arrogant cat Alan and timid hare Eddington; big dumb wolf Florio and his tiny goat pal Nichol; vampire bat pranksters Allhoff and Carreras; and Mauchly the bear, who commits the ultimate transgression by falling for a human. The faculty isn’t immune from romance, either, with a stern dragon professor developing feelings for a shy student and a tenured griffon and unicorn dancing around their mutual interest.

Above all, this is a great looking manga. The school and grounds are rendered in enchanting, old-fashioned detail, and the characters come in all shapes and sizes. Nagabe puts care into designing each character and working the features of his or her species into the story. (“Do you think I’m a good kisser? I bet a feline tongue feels raspy, huh?”) The body language and faces are marvelously expressive, giving personality to everything from a torpid lizard to an arrogant peacock. Though there’s plenty of steamy romance, the sexual content never goes beyond hugs and kisses. “Hello to furries and non-furries alike!” Nagabe gushes in the afterword, and with its gentle storytelling and surefooted art, Wize Wize Beasts is welcoming even to readers who don’t normally seek out anthropomorphic romance. Ignore the goofy English-language title and enjoy. Recommended.