[Review] Uzaki-chan Wants to Hang Out! 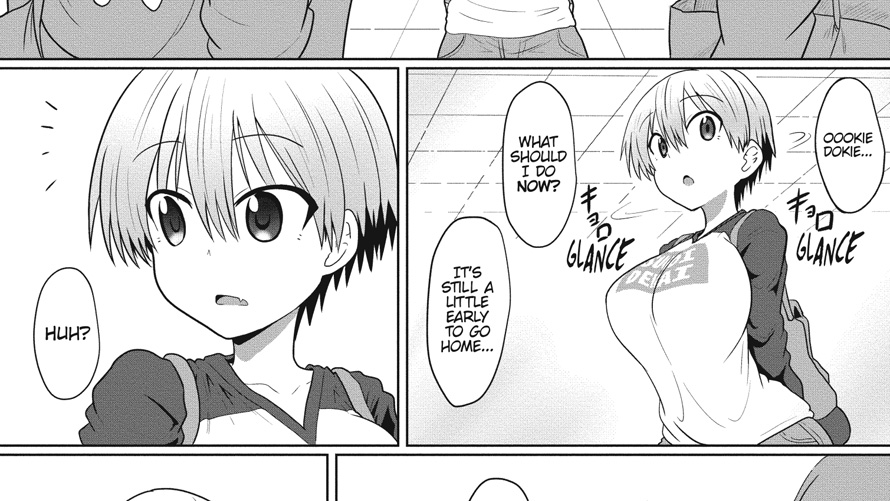 Sakurai Shinichi just wants to spend some time alone. He prefers to walk by himself and skip group recreational activities to go home and take a nap. A university student should be able to take it easy after spending all day at college and work, but it doesn’t shake out that way. Instead, Sakurai is constantly assailed by his underclassman Uzaki, who’s taken it upon herself to become his personal stalker. Day after day she hurries over to him, asks what his after-school plans are, and invites herself along, much to his chagrin. When he has no plans, she makes up activities for the two of them, and she’s so bubbly and persistent Sakurai can’t say no. As she exclaims “Senpai!” every five seconds when they interact, it’s hard to get a word in edgewise.

It’s not just her persistence that’s notable. Uzaki Hana has several striking characteristics: she’s short, well endowed, and positively exploding with energy. She also may very well be one of the most annoying characters ever seen in a slice-of-life manga. Just when you thought Umaru, the spoiled otaku from Himouto! Umaru-chan was as obnoxious as a manga heroine could be, you learn that this 19-year-old college student who acts like a hyperactive child in a woman’s body is even harder to tolerate. Over and over again, it seems impossible that an adult can get away with behaving like this in public and around other people. 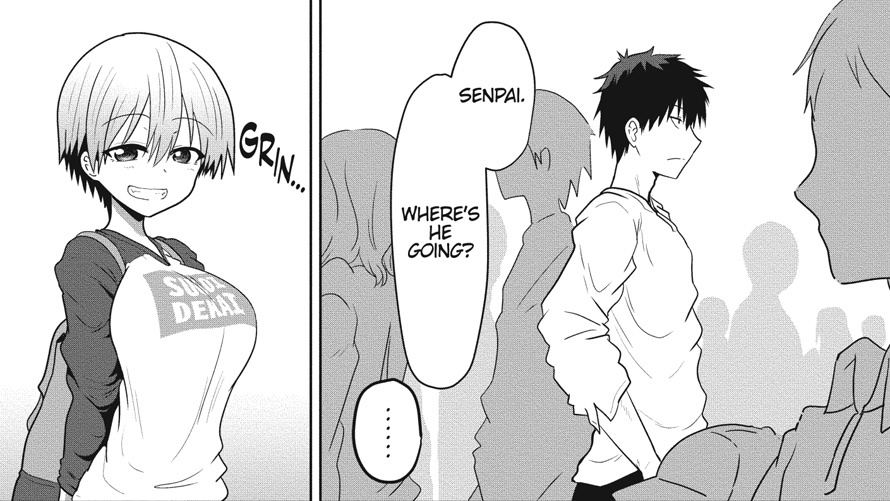 Uzaki’s constant silliness and demanding nature are supposed to be funny and cute (and sometimes sexy, as indicated by the frequent double entendres and suggestive art) but instead she comes off as desperate and weird. When she invites herself along to a movie Sakurai planned on seeing alone, that’s fine, if a little rude. But when she demands to go out to eat after tagging along to the batting cages Sakurai wanted to visit for solo relaxation, then gobbles down his food as well as hers, she starts grating on the reader’s nerves—and since the entire manga is built around this gag, that’s bad news for its longevity. 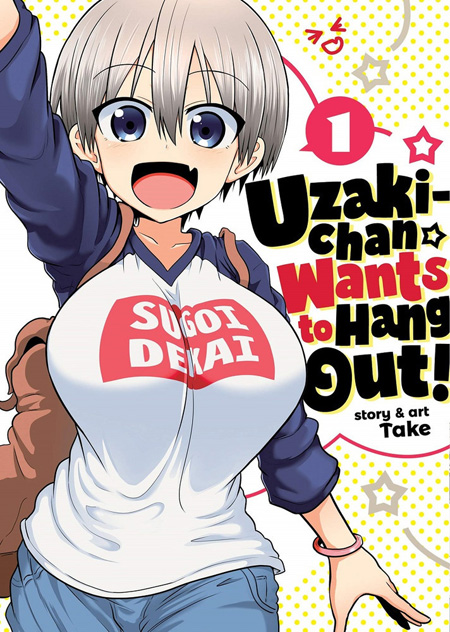 The same basic situation repeats itself over and over throughout the thin slice-of-life plots, with Sakurai being nice enough to entertain Uzaki’s whims and suffering in silence as she makes more and more demands. It’s unclear why he puts up with her when he’s clearly exhausted and annoyed, though the manga seems eager to set up the notion that they’ll wind up dating. Though he occasionally ends up enjoying their time together, his unwillingness to stand up for himself may be more frustrating than Uzaki’s clueless persistence.

Uzaki’s clinginess and overbearing personality can be endearing sometimes, but the joke quickly becomes rote and frustrating. What makes it even more exhausting is that, at least in the first volume, the characters don’t learn or develop even a smidge. This may change as the series continues, as we see Uzaki-chan spending time with Sakurai at his home and showing some hints of romance, but so far it’s a very slow burn.

If you want to experience constant second-hand frustration while reading a manga series, Uzaki-chan is here for you. If a chirpy young woman who can’t leave her senpai alone sounds like the perfect protagonist, then by all means check it out—but other readers are cautioned to pass.