Sayonara no Asa ni Yakusoku no Hana wo Kazarou, the directorial debut from acclaimed screenwriter Mari Okada, is due out in February 2018, and we’ve got our first look courtesy a new trailer and poster.

The film, which is being called SayoAsa for short (the title translates to “Let’s decorate the promised flowers in the morning of farewell”) is animated by P.A.Works, and features Toshiya Shinohara as chief director and Yuriko Ishii as character designer and chief animation director. Handling music is Kenji Kawai, best known for his work with Mamoru Oshii on his Patlabor and Ghost in the Shell films.

Some of Okada’s many screenwriting and script supervision credits include Anohana, The Anthem of the Heart, True Tears, Hanasaku Iroha and more. 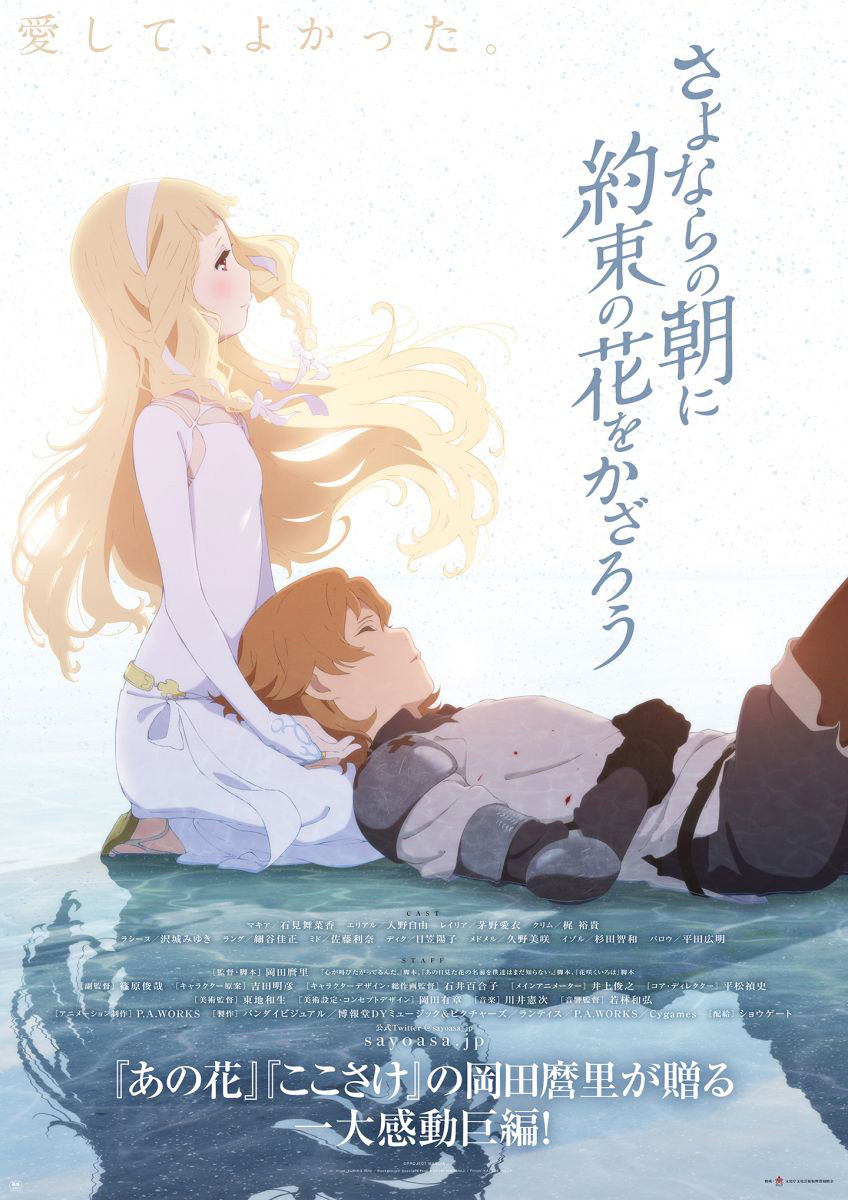