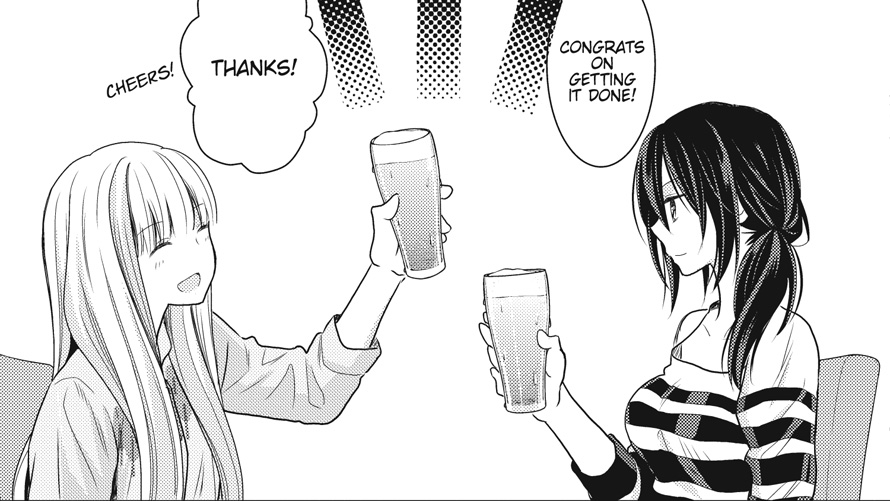 The bluntly titled yuri manga I Married My Best Friend to Shut My Parents Up is about two women living together in a relationship that skirts the line between romance and convenience. Machi, a diligent office worker, is plagued with demands for marriage from her uptight parents. Her best friend Hana has witnessed all of Machi’s failures to find a long-term partner from their high school years through adulthood. Pushed to her limit, Machi takes Hana up on a wild idea: moving in together and signing up for a same-sex marriage license. Though Machi has no intention of making it a “real” marriage, Hana can’t help but pine for a deeper relationship as they spend more time living together.

After moving through this setup at an almost comical speed, only then does the manga pump the brakes to round out the characters and delve into the awkward beginnings of their domestic life. Though not a terribly fresh topic, Kodama Naoko’s take on the antiquated ideas of marriage should resonate with those repelled by the formalities of traditional commitment. For Machi’s family, marriage is seen as a logical endpoint for children groomed to live their lives for the sake of their parents. The most poignant moment in the first volume comes from Machi’s realization that her individuality has been stamped down by her mother as far back as childhood. It’s a powerful catalyst that allows her to explore who she is and explore her potential attraction to Hana, even if it takes a sham marriage to get her there.

The heavy stuff aside, I Married My Best Friend devotes most of its space to the lovey-dovey situations the newlyweds find themselves in, like sharing meals and sleeping in the same bed. Machi has never been able to make a relationship work, so predictably she flounders around any sort of intimacy with Hana, who has trouble judging the right distance to keep with her skittish partner. The moments 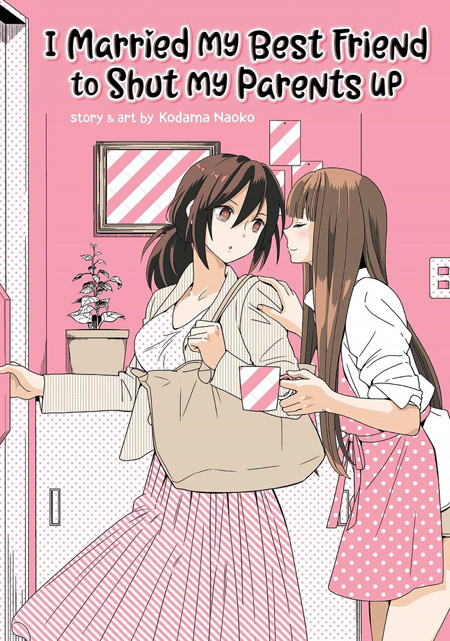 of drama instigated by mothers and ex-lovers serve to bring the two women closer, but their relationship progresses in minor increments. It may come off as offensive that only Hana is out from the start as a lesbian and can be seen as “turning” Machi, but as their relationship develops the manga suggests that Machi wasn’t attracted to men in the first place and only dated them for the sake of appearances.

I Married My Best Friend is more about the developing attraction between the two women than it is about the experience of being in a same-sex marriage, a distinction that should be made before anyone is disappointed by the lack of insight into the real-life politics of gay rights in Japan. The situation is somewhat idealized, and despite the general realism of the contemporary Tokyo setting, the characters still fall under familiar yuri manga archetypes. The gentle, romantic story is appealing, but people searching for heavier reading about gay relationships and marriage may find it too fluffy.

Code Geass: Lelouch of the Re;surrection is an Enjoyable Comeback
One Piece Manga Barrels Toward 460 Million Printed Copies