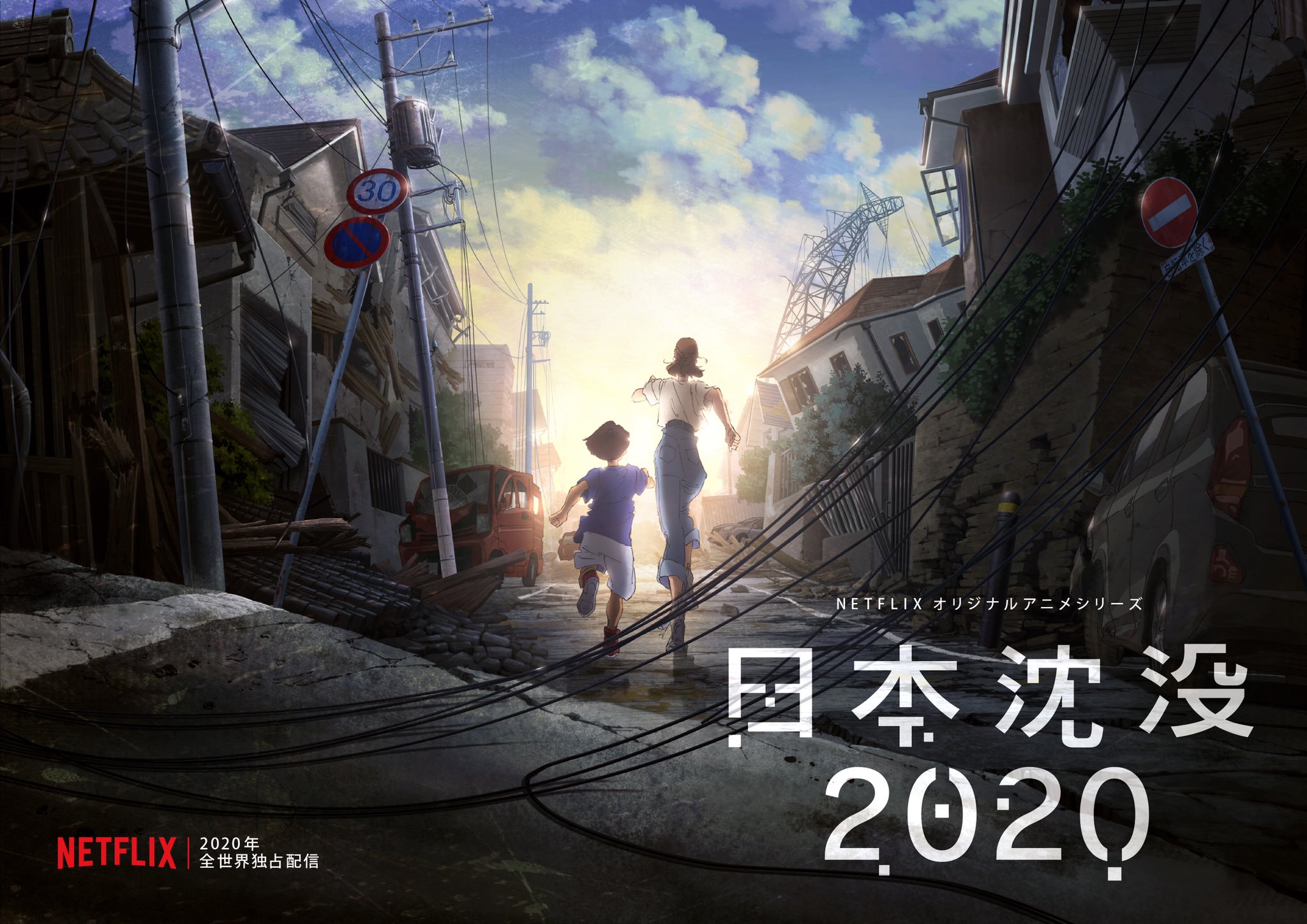 Never one to slow down even for a moment, DEVILMAN crybaby and Mind Game director Masaaki Yuasa’s next anime project has officially been announced. The acclaimed director will be helming a 10-episode anime series based on Sayo Komatsu’s best-selling 1973 novel Japan Sinks, and it’s set for worldwide streaming on Netflix in 2020.

This version of the story takes place right after the 2020 Tokyo Summer Olympics, and follows the events from the perspective of the four members of the Muto family. You can see protagonist Ayumu and younger brother Gou in the teaser visual above.

This isn’t the first time for the novel to be adapted, but it is the first anime take on the material. Japan Sinks first hit screens in a 1973 feature film by Shiro Moritani, followed by a TV drama in 1974-1975 and another film in 2006 by Shin Godzilla‘s Shinji Higuchi.

Here’s a comment from Yuasa, who directs at his SCIENCE SARU anime studio:

“What is a country? What does the Japanese people mean? What is decided by the place of birth and its environment? Or nothing is decided? I will challenge this big title to answer those questions that I had in my childhood. By focusing on one family who is evacuating through a national catastrophe that happens in the Olympic year, along with the people who happen to be there and whom they meet, we will tell the details of the great disaster! Please look forward to it.”

And the rest of the main staff: