Meet the Investigators and Ghouls of Tokyo Ghoul: re Call to Exist 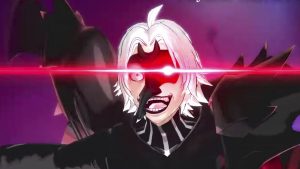 Sui Ishida’s Tokyo Ghoul: re is making the leap to consoles and PCs in a little over a month, with Tokyo Ghoul: re CALL to EXIST set to touch down on PlayStation 4 and PC in the west on November 15. To get everyone ready for the survival of the spookiest, Bandai Namco shared a new trailer that introduces the game’s powerful ghouls and investigators.

Dig into the video below to meet characters like the Gourmet ghoul, Shu Tsukiyama; the Serpent ghoul, Nishiki Nishio; the Manager of the :re coffee shop and wife to Kaneki, Touka Kirishima; the powerful executive, Naki; the Black Rabbit of Goat organization, Ayato Kirishima; and former ghoul investigator, Seidou Takizawa, AKA Owl.

Michael B. Jordan Teams Up with Coach on Naruto-Themed Fashion
Azur Lane Hits Up a Different Kind of Lane in Bowling Collab