Meganebu Is Like Free! For People Who Wear Glasses 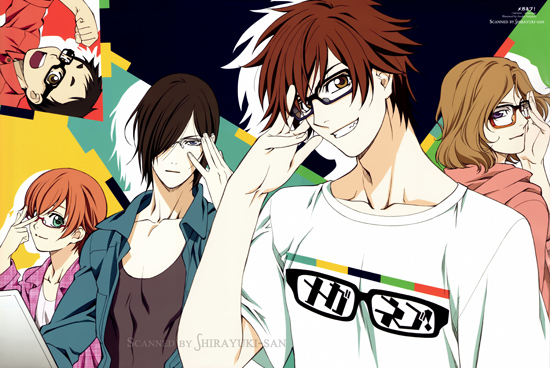 When we wrote about Free! earlier this year — the Kyoto Animation-produced TV anime about some high school boys who start a swim club — the response was overwhelmingly “yes, more of this, please.”

So, like, how about a show about some high school boys who start a… glasses club? That’s the premise behind Studio DEEN’s upcoming TV anime Meganebu! (literally “Glasses Club”… “Club Glasses”? You guys will figure it out), and I am okay with this. 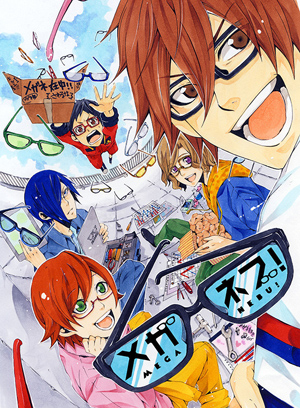 Let’s talk a little bit about the director, Soubi Yamamoto. She’s an independent creator/director who was inspired by Makoto Shinkai’s independently-produced Voices of a Distant Star in middle school, and went on to create two independent short anime of her own: This Boy Can Fight Aliens! and This Boy Caught a Merman.

Now she’s been brought on to direct an honest-to-goodness TV show, and seemingly close to her own terms. That’s just fantastic. Other notables on staff are Atsuko Nakajima, character designer for Ranma ½ and Hakuouki, and Deko Akao, who handled scripting and series composition for Arakawa Under the Bridge and Mysterious Girlfriend X.

But really, I just can’t get over some of these character descriptions: Akira Sōma, the 17-year old club president and founder of the eyeglasses club. He categorizes all of humanity into three groups: “glasses,” “those who don’t wear glasses,” and “the ladies.”

The show also seems to correctly identify that yes, your power level in Real Life is directly proportional to how bad your eyesight is. Finally!

Anyway. Meganebu! will be premiering this October. Please tell us exactly how excited you are about this in the comments.

This story originally ran in the 9/3/13 issue of the Otaku USA e-News
e-mail newsletter. If you’re not on the mailing list, then you’re reading it late!
Click here to join.