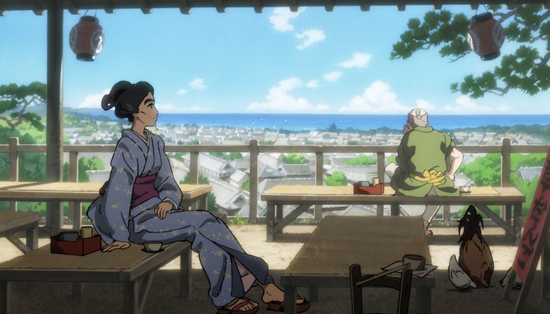 Miss Hokusai, which was released in Japan in May, centers around Oei, the daughter of ukiyo-e artist Hokusai, who helped the artist create many of his most famous paintings. We reviewed the film upon its release.

The festival, the world’s largest animation festival held yearly in Annecy, France, has hosted many anime films over the last few years, including Kick-Heart, Children Who Chase Lost Voices, and Hara’s own Colorful.

Shunji Iwai’s The Case of Hana and Alice also played at the festival, but did not win any awards.