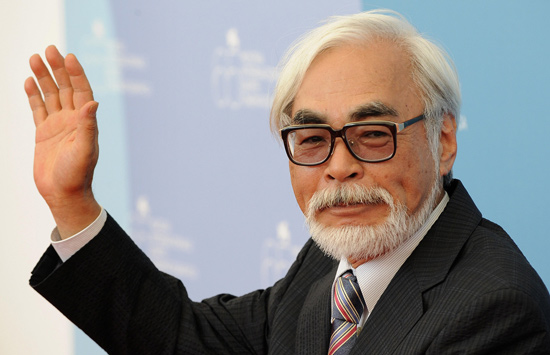 It’s time for another edition of Miyazaki Watch, where we take a look at the recent media activities of everyone’s favorite semi-retired filmmaking legend, Hayao Miyazaki, and the son eternally destined to be in the shadows of his father, Goro.

First up, Hayao, whose recent retirement has allowed him the chance to work on a new manga, clean up some forests and fly to the States to receive a lifetime achievement Oscar.

Miyazaki was just interviewed on a radio show and commented on the recent attacks on the satirical French newspaper Charlie Hebdo, in which 12 were killed by extremists for depicting the prophet Muhammad.

Miyazaki commented, “For me, I think it’s a mistake to make caricatures of what different cultures worship.” Instead, Miyazaki said, cartoonists should focus their satire on their own country’s politicians. 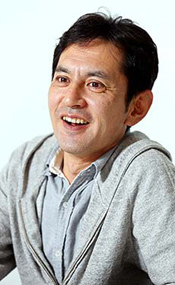 Meanwhile, Goro, who is currently directing the CG-animated series Ronia the Robber’s Daughter, opened up for a wide-ranging interview with the Asahi Shinbun.

Goro, who directed Tales from Earthsea and From Up on Poppy Hill at Ghibli before moving to Polygon Pictures to direct Ronia, revealed in the interview his dream as a child was to join the anime industry, but that “I had decided I was not up to the dream when I realized that I could not draw like Hayao Miyazaki did.”

Nevertheless, he was pulled into the industry by Ghibli uber-producer Toshio Suzuki, first to help build the Ghibli Museum and then to direct Earthsea.

“My father was strongly opposed. He said, for one thing, ‘How hard do you think I worked as an underling before I was finally a director? It’s reckless for an amateur to be one,’” said the younger Miyazaki.

Speaking about Ronia, Goro stated that one reason the series is animated in CG is that if he were to direct a hand-drawn series, he would simply be competing with his father, but that “expression by computer graphics remains incomplete, so both the workers and myself believe that there still remains something that we could do.”

Finally, Goro shared his father’s reaction to the Ronia series, “I hear the work is well received.” Pretty ambiguous. 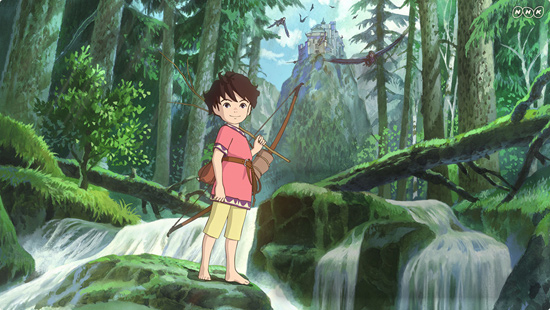