After we burn through the upcoming My Hero Academia season 3, it won’t be long before the anime film is upon us. That feature now has a title, My Hero Academia: The Two Heroes, as well as an August 3 Japanese premiere date.

My Hero Academia: The Two Heroes is set overseas on I • Island, a large manmade floating city, and the events will take place during the Forest Training arc after the Final Exam. The younger days of the greatest hero All Might will also figure prominently into the story.

Character designer Yoshihiko Umakoshi whipped up a new visual for the occasion. 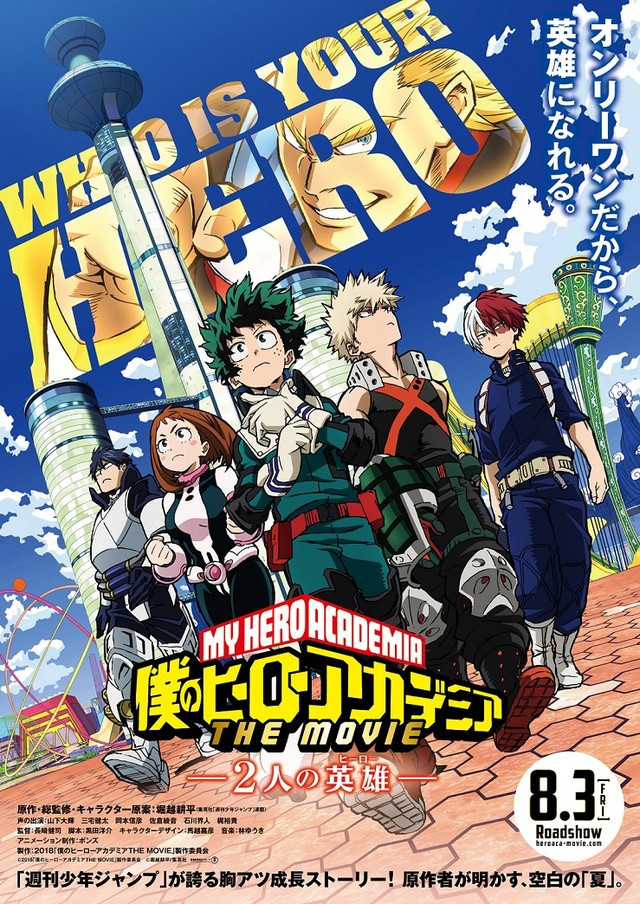